26-year-old Samantha Chirichella was over the moon when she was offered a job with Con Edison for an impressive $70,000 salary.

Shockingly, the offer of joining the company as a staff investigator in its Legal Services department was revoked when the background check produced a photo of Samantha baring her breast and posing with another woman.

According to the NY Daily News, papers filed by Samantha in Manhattan state the picture, which is three years old, was for an art exhibition and is not pornographic. She believes the job offer was rescinded because of her orientation.

The photo shows a mirror image of a nude woman with her mouth around a naked breast. It was shown in a gallery as part of a larger art show that featured the photography of Samantha’s friend. 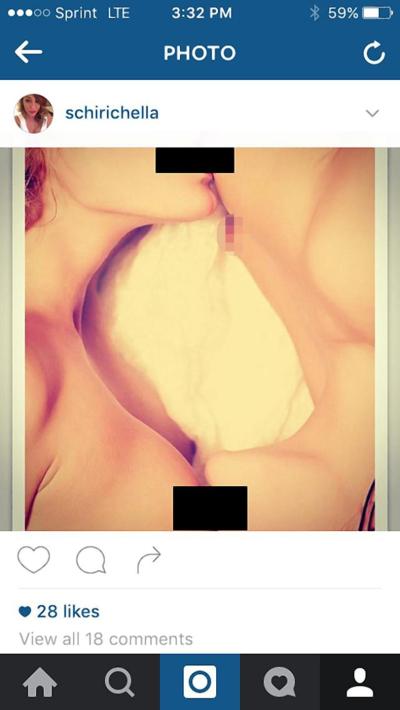 END_OF_DOCUMENT_TOKEN_TO_BE_REPLACED

“The work was no more sexually explicit that the works of DaVinci, Titian or Michaelangelo, and less explicit that photos published in Sports Illustrated,” Samantha’s lawyer, Arthur Schwartz, says in court papers.

A suit was filed which says Con Ed discriminated against Samantha because of her sexual orientation.

END_OF_DOCUMENT_TOKEN_TO_BE_REPLACED

A spokesperson for Con Ed on Monday said they were reviewing the application. According to reports earlier today, the company reinstated the offer on Tuesday.

Schwartz says the decision was reached after "a rush of media interest.”

"We appreciate Con Edison's rapid resolution of this dispute and the sensitivity of the posting and its frank discussion of homosexuality. Ms. Chirichella is a smart, capable woman, whose father is a 'lifer' at Con Edison and they will not regret this decision," he said.

In a statement the company said:

END_OF_DOCUMENT_TOKEN_TO_BE_REPLACED

"is committed to maintaining a workforce that promotes diversity, inclusion and equal opportunity in compliance with all state, local and federal hiring laws. We reviewed our decision carefully and decided to offer the job to this applicant. We are taking a closer look at our screening processes."

popular
Traditional names such as Mary, Maureen, John and Michael may soon be extinct
Texas student says she "played dead" during school shooting to survive
First case of monkeypox confirmed in Republic of Ireland
Young mum packs her bags and travels the world with 3-year-old son
Viewers praise Dermot Kennedy for "powerful" performance after Late Late Show finale
Doctors urge women not to follow Kourtney Kardashian's 'semen' fertility advice
This girl absolutely SCHOOLED this guy for sending an unsolicited dick pic
You may also like
3 days ago
President Biden pays tribute after 21 people killed in school shooting
5 days ago
Welsh school closes after boy loses finger following bullying incident
6 days ago
'She was always in awe of celebrity' – Rebekah Vardy's ex-husband speaks out
1 week ago
Spain braces for unheard of heatwave of 'extraordinary intensity'
1 week ago
Sainsbury's evacuated after several people fall ill with breathing problems
1 week ago
Gardaí investigating alleged assault on teenage girl in Sutton
Next Page