Representatives for Irish suicide charity Pieta House have confirmed that door to door collections are the work of scam artists.

Speaking to The Irish Mirror, Marie Peelo, fundraising and volunteer co-ordinator at Pieta House, said:“We received reports during the summer of 2014 and reported them to the gardai. During 2015 we have had reports of six or seven incidents.

“Obviously we have sympathy for the people that had been duped and concern for their security and vulnerability. We are also very upset that someone was taking advantage of the wonderful support we receive from the general public.” 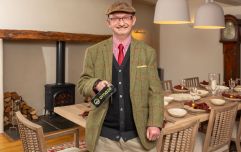 END_OF_DOCUMENT_TOKEN_TO_BE_REPLACED

The paper adds that the con artists appear to be concentrating on individual areas for a period of time before moving on. The scam has been concentrated in parts of Dublin and Kildare.

Pieta House do not collect door to door and anyone wanting to fundraise on behalf of the charity must have their written permission to do so.

Pieta House was founded in 2006 by psychologist Joan Freeman. In the nine years since, the centre for the prevention of self-harm or suicide has helped over 18,000 people in suicidal distress or engaging in self-harm.

popular
Bride asks for divorce day after wedding following groom's disrespectful cake stunt
Head of dive squad searching for Nicola Bulley thinks 'something's not right'
Love Island fans are calling for Ron to be dumped after accusing him of "gaslighting" Lana
Teenager killed in shark attack after swimming with dolphins in Australia
Has the Call Her Daddy podcast just pulled the best marketing stunt of all time?
Police believe they know what happened to missing dog walker Nicola Bulley
Sam Smith reveals they were spat at in the street after changing their pronouns
You may also like
7 months ago
Charlie Bird releases photo book to commemorate the Climb With Charlie fundraiser
7 months ago
Lizzo pledges $1 million for Planned Parenthood and abortion funds
8 months ago
Vicky Phelan donates money raised by family and friends to children's charity
8 months ago
Charlie Bird "blown away" by people's kindness as his charity campaign raises over €3 million
10 months ago
Ukrainian charity drive given heels and underwear detail what's really needed
10 months ago
Stella cinema in Dublin is hosting a special fundraiser screening in aid of Ukraine
Next Page