This woman was mansplained while reading a book about mansplaining

But this woman's experience has taken the phrase to a whole new level.

Writer Lara B Sharp shared the story of encounter with a poolside mansplainer on Facebook, where it quickly went viral.

END_OF_DOCUMENT_TOKEN_TO_BE_REPLACED

She began the post by explaining how she was sitting by the pool, reading Rebecca Solnit’s Men Explain Things To Me, when the man approached her.

The man asked what she was reading, before trying to explain to her how her own career works - and how he could "mentor" her.

He even tried to tell Lara what the book she was reading was about.

It all began when the man approached Laura to ask what the book she was reading was about. When she started to tell him it was a book on how men explain things to women, the man cut her off.

END_OF_DOCUMENT_TOKEN_TO_BE_REPLACED

He stated: "Oh, so it's a book about men mentoring women!"

Lara said she tried once again to tell the man, but he cut her off again - this time to ask if she has kids or works.

And he seemed baffled by her response.

You can read the rest of the interaction below. 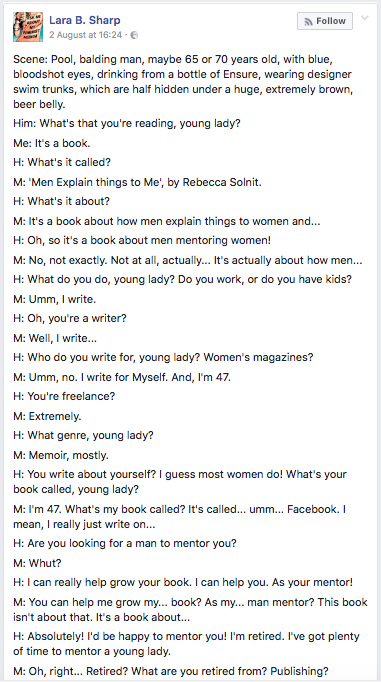 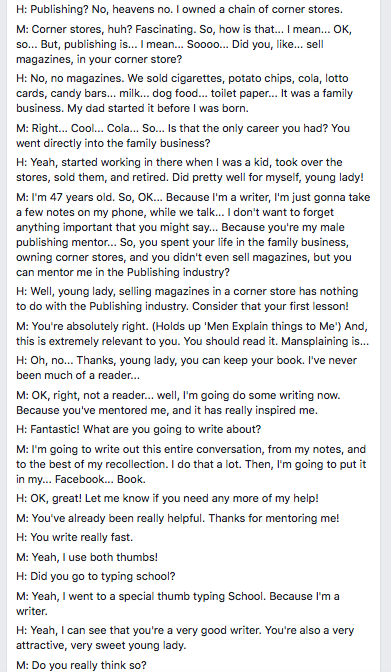 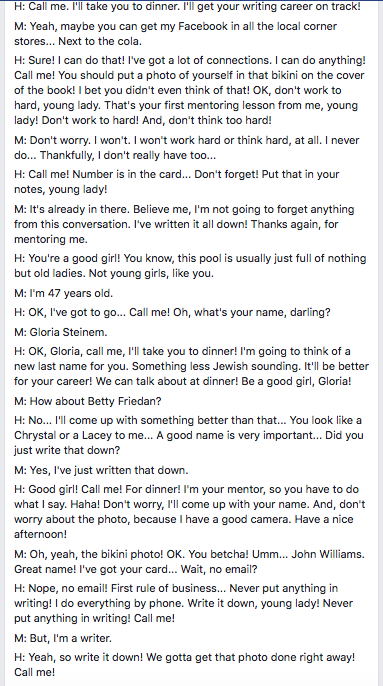 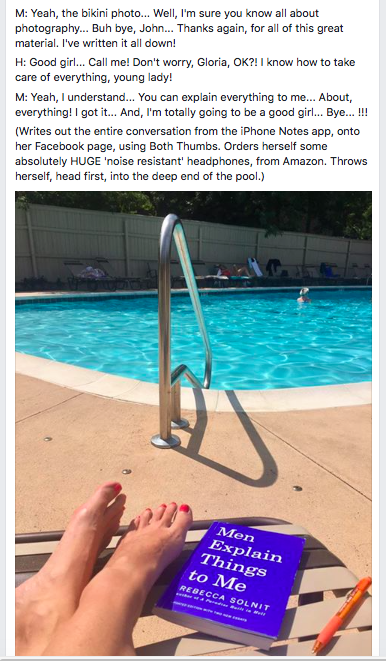 And the post seems to have really struck a chord with many people across the globe.

popular
Love Island’s Afia explains why Gemma’s dad has not been mentioned on show
Two dumped islanders have confessed their feelings for each other since leaving the villa
Love Island fans concerned over "bullying" of Ekin-Su
Shaughna Phillips brands Love Island heart rate challenge "fixed" and "vile"
Love Island fans are in shock after new boy Charlie revealed his age
Why Are Men so Obsessed With Boobs? The Answer is Pretty Surprising...
Selling Sunset's Maya Vander experiences miscarriage
You may also like
3 days ago
Mass in Mayo church goes viral after spooky incident happens over livestream
1 week ago
People on TikTok are making 'healthy Coke' with just two ingredients
1 month ago
A couple in India has sued their son for over €600,000 for not giving them a grandchild
1 month ago
Woman shares genius hack for making any bra backless
1 month ago
TikToker's code hack for buying cheaper clothes online goes viral
1 month ago
'Coastal grandmother' is the viral 2022 fashion vibe you did not see coming
Next Page