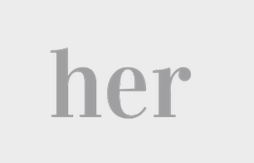 "I feel extremely at risk"

Working in Irish retail during the coronavirus outbreak

Emily* has started spraying antibacterial surface cleaner on her hands.

The Dublin shop she works in recently ran out of hand sanitiser - as did her store's supplier - so she and her colleagues have had to improvise.

To curb the spread of coronavirus among themselves, they've started spraying their hands with the surface cleanser in between customer transactions, just to keep themselves safe.

"There's a good atmosphere of solidarity among staff members but the virus is literally all any of us can talk about," she tells Her.

"Every time a customer so much as sniffles we share a look. A lot of people seem to be treating this is an opportunity to get out and shop with their families, which is crazy to me.

"I feel extremely at risk in my job right now."

Last week, Taoiseach Leo Varadkar recommended that all indoor gatherings of more than 100 people be cancelled.

Following the closure of all schools and colleges across the country, whisperings around the fate of other businesses like restaurants, bars, and shops began.

Last night saw the shutting of the pubs: hundreds of businesses both small and large closing until at least March 29. Maybe longer.

At the time of writing, the majority of retailers in Ireland have remained open to the public, trading as normally as they can in these ever-changing times of uncertainly.

Keeping them going are their staff - many of whom remain concerned about the level of footfall in their stores, their own health, and what might happen if their store shuts.

Alex* works in a fast food restaurant. Still serving each customer that walks through the door, they say that there has been little communication between management and workers about what would happen in the event of a closure.

Informed today that staff hours would be reduced (and that pay won't be covered), Alex is concerned about what the next few weeks will bring financially.

"People I work with have rent and prescriptions and such to pay," they say. "There's no reassurance that they'll be able to pay any of that because [management] definitely won't pay us if we're not working."

Alex's fast food restaurant has encouraged social distancing measures, but there still remains concerns around the health of staff members who may be immunocompromised, or are living with family members who are.

While each member of staff can do their utmost to protect themselves, working with the public during this time comes with new anxieties - and frustrations.

"Customers are like: 'It's mad you're open,'" says Alex. "Like, we won't close unless we're told to by the government. Or if people stop coming in.

"We have notices asking people to use the kiosks we have [instead of the till] but they never do. Then we have to go over and do it for them which is probably worse than just taking it at the till."

Alex says that supervisors have been more on top of hygiene measures than ever before, and that even though some customers aren't adhering to the new rules around surface cleaning, sanitation has become a top priority.

"They're mad about contamination and such, so sanitiser water has to be above a set limit and the sanitiser we use has to be changed every four hours," they say.

"We wash and sanitise our hands after everything. Cooking meat, picking stuff up off the floor, sweeping, going outside - and we'll tell others we work with to do the same."

Lorna's* place of employment has, unfortunately, not been so stringent about hygiene measures.

She and the other employees working in her shop have created their own cleaning rota, using their own money to purchase cleaning products which have not been supplied to them.

Working in a store in a large shopping centre, she says that although there have also been issues with management communication since the coronavirus outbreak began, her biggest grievance might be with her customers.

"Honestly, customers have been awful," she says.

"They tell us we're overreacting when we try to enforce health and safety procedures and are very unhappy that we've had to suspend some of our services that may put us and them at risk.

"One of the girls here was told [by a customer] that it was fine she was still working 'because she is young,' and that it would be fine if she got [the coronavirus.] One customer told us it was nice that she had somewhere to go because she had been told to work from home."

The heightened stress of dealing with members of the public has only been added to by increased sales targets - a move triggered by the decrease in footfall in the store.

"Unsurprising they've been going harder on us," says Lorna, "and that's adding to the stress."

"We are still handling disgusting amounts of cash every single day."

Conor* works in a betting shop that is showing no signs of closing.

Dealing with elderly customers day in and day out, he says that many of the staff are concerned about the lack of new hygiene measures that have been implemented.

Hand sanitiser was always available to customers and staff, he says, but poor organisation has meant that not a lot else has changed.

"[We are] still handling disgusting amounts of cash every single day," he says.

"They haven't even sent us gloves or anything. We brought our own but they're nearly more of an inconvenience when handling money and slips.

"We've also been told that we can't take time off unless we get a doctor's cert instructing us to self isolate."

Where many shops continue to accept cash despite the risks, others have decided to go entirely contactless.

One of them is the Dublin based store that Kevin* works in - a shop that has remained open but has enforced strict rules to minimise the spread of the virus.

Every 30 minutes, staff will wipe down the counters. Every sales point has multiple hand sanitisers. Cash payments are, of course, no longer accepted.

They are measures that Kevin says have made for a less hectic environment. But despite this, he believes that some businesses remain blind to the severity of the situation.

"I would like if the company remembered that the staff are human," he says.

"Retail is a competitive game but the safety of the staff should be more valued than money [...] Companies have seen this time as an opportunity to increase sales. In my opinion it's disappointing."

Sales in Kevin's store have not been affected by the coronavirus. He sells a comfort product, one that customers have been stocking up on as they prepare to spend more time at home.

He says that while customers have been following the rules in his shop, working in retail has shown him that a lot of people are, despite the warnings, still continuing to live their lives as normal.

"As a collective, we need to take responsibility by following the rules set in place," he says.

"We need to support each other. That will bring us together."

(*All names have been changed.)