Zoe Alexander Says X Factor Made Her Look Like a 'Fool'

She will probably go down in history as having thrown the biggest tantrum in X Factor history but Pink impersonator Zoe Alexander says not all is as it seems.

According to the Irish Sunday Mirror the 22 year old claims that she was told what to sing by the show and that she feels like she has been portrayed wrongly.

Zoe told the newspaper: ‘They set out to make me look like a total and utter fool of me. Even though this audition was in June, I’m still struggling to come to terms with what happened.’ 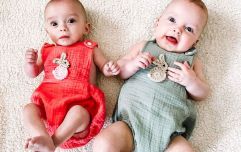 END_OF_DOCUMENT_TOKEN_TO_BE_REPLACED

On the show last night Zoe started off singing the Pink song ‘So What’ but was told by the judges to sing something else.

She then picked Emeli Sande’s ‘Next To Me’ and was told that she had a good voice but needed to go away and find her own identity.

Not surprising, none of the four judges sent her through to the next round at which point Zoe started shouting at the panel saying that she had been told to sing a Pink song.

It seems that this allegation stems from her application for the show. She says that a researcher told her that the producers wanted her to sing a Pink song and that her outburst was never meant for the judges or the audience but the producers.

Zoe was arrested by police and cautioned for assault following her outburst backstage which saw her push a camera man. If you missed it you can watch how the drama unfolded below...

Girls With Goals || Her · Ep.160: The Beauty Of Coaching - Hayley Harrison joins us from Sport Ireland
popular
Kate Middleton has addressed the rumours that she's pregnant with her fourth child
Why Prince Harry and William aren't walking together at Prince Philip's funeral
Prince Philip 'advised Prince Harry not to marry Meghan' for a brutal reason
Giovanna Fletcher reveals she is 'done with having any more children' – and here is why
Paul Mescal officially deactivates Instagram account
TV host makes baffling remark about Meghan Markle's 'reaction' to royal family photo
Georgia Toffolo FINALLY confirms relationship with Jack Maynard in adorable post
You may also like
3 weeks ago
The Philippines are killing the proof of delivery photoshoot game
3 weeks ago
First-time buyers in the South-West: This virtual First-Time Buyers Masterclass will kickstart your mortgage
3 weeks ago
WATCH: All female Áras Uí Chonghaile discuss partition and the future of Ireland
3 weeks ago
Banksy's Covid painting for NHS charity sells for £14.4m
4 weeks ago
4 outdoor seats that will up your garden game this summer
4 weeks ago
Apple Pay is free, secure and easy to use for permanent tsb customers. Here’s how it works
Next Page