While it was an enjoyable watch, it's worth revisiting Saved By The Bell to expose the tall tales they led us to believe regarding secondary school.

I got the land of my life when I finally reached secondary school and was met with anything other than the Saved By The Bell lifestyle. The writers were lying scum and I'll never forgive them for what they've done.

Here's 6 lies Saved By The Bell led us to believe about secondary school.

1. Your locker will be large enough to fit a person inside it 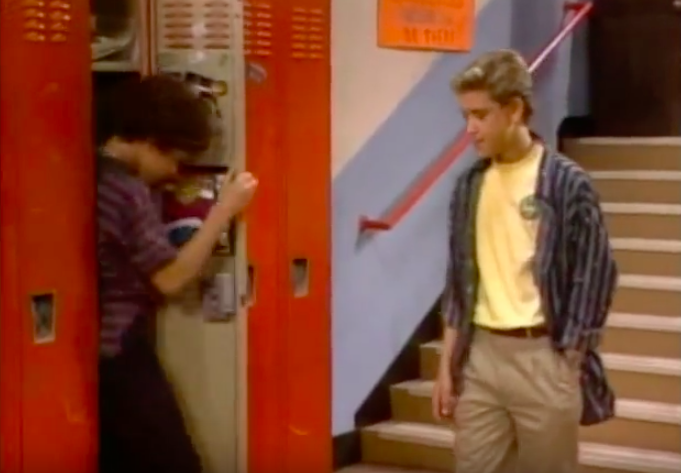 END_OF_DOCUMENT_TOKEN_TO_BE_REPLACED

The lockers on SBTB were the size of a semi-detached house. Zack was forever shoving that divil Screech into an assortment of lockers, all of which comfortably held himself, a plethora of schoolbooks which never seemed to be used, a few jackets, a family of five and a sensible hatchback car. In reality, our secondary school lockers held a Capri Sun and a gone off cheese sandwich, stacked neatly on top of each other.

2. Your principal would be approachable

END_OF_DOCUMENT_TOKEN_TO_BE_REPLACED

Although firm when he needed to be, Mr. Belding was a fun and approachable guy that the students of Bayside had no hesitation in speaking to whenever they had an issue. He did his best to resolve their troubles and always spoke to them with respect. In reality, the only time you met your secondary school principal was if you'd committed the school's version of murder: worn the wrong shoes with your uniform.

3. You can comfortably hang out at the local diner during lunch without ordering anything The SBTB squad would laze around The Max (terrible name, a weak rival of 'The Slicery' in Sabrina The Teenage Witch) for hours on end during their seemingly unrestricted by time lunch breaks. They'd order the bones of a sparkling water between them and the owner would happily chat away respectfully to these teens. In reality, we got the guts of 45 minutes for lunch, weren't allowed to leave the school grounds and got in trouble for talking too loudly.

4. Romance will be aplenty

Those randy teens were romancin' left, right and centre throughout the lifespan of SBTB. They mostly kept it within their tight-knit incestuous group and were always flirting up a storm together. Poor Screech never found love, until later in life when he starred in a series of adult films. In reality, most of our secondary schools were Catholic and all girls schools, where we landed ourselves in detention if we even so much as looked at a male on the walk to and from  school.

5. No outfit is too ridiculous for school

Slater was forever in a vest and Kelly was forever with the belly out. Despite this being wholly inappropriate in a school, it's also massively impractical. Suppose they were doing a science experiment and Kelly splashed some chemical on her belly? She'd be imperfect for life. Back on planet reality, our school had manky coloured uniforms, which would land you in detention if they were anything other than flawless. My school also had the option of wearing pants but only until Easter.

6. You can absolutely rock a curly fringe and not get bullied 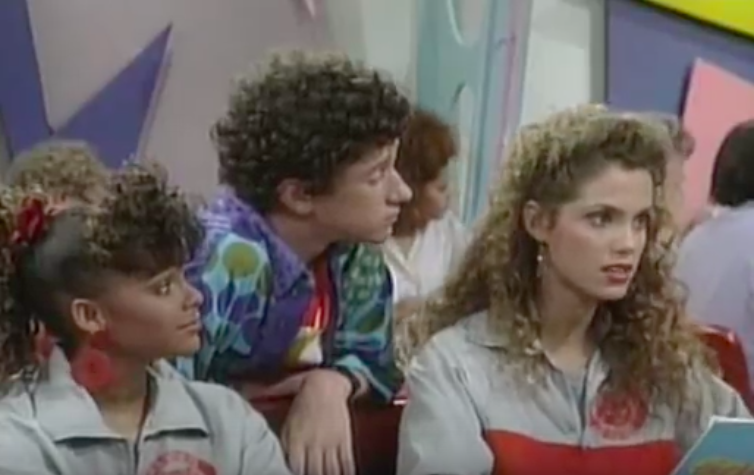 Lisa Turtle was a brave but also bad bitch strutting around Bayside with her curly fringe. Her trademark 'do' involved scraping all her hair back to within an inch of its life, but leaving a tuft of pubey fringe out front for all the world to see. Even more alarming was her pals' reluctance to call her out on such a ludicrous act. If I went to school rocking a similar style, my friends would've had me roasted to the point of third-degree burns by little lunch.

All images via NBC

popular
Irish girls name was the most used Irish name in the United States last year
Ofcom receives 75 complaints over Jacques' treatment of Ekin-Su
Michael Owen hilariously responds to Love Island's heart rate challenge
Love Island: Danica sets her sights on Andrew as Luca asks Jacques about his relationship with Gemma
Prince William shouts at photographer who was "stalking" his family
Dublin Airport not ruling out a "flight cap" amid chaos
Victoria Beckham recalls moment she was weighed on live TV
You may also like
1 month ago
WATCH: People are losing it over clip of Kendall Jenner trying to climb stairs at Kourtney's wedding
2 months ago
Hilarious moment Irish Rail passenger spots "collapsed man" on platform
8 months ago
You's Penn Badgley and Cardi B are fangirling over each other on Twitter
9 months ago
Bride receives bouquet of chicken nuggets from best friend on wedding day
9 months ago
These newlyweds wore tracksuits to their reception
10 months ago
Tom Daley went viral for knitting at the Olympics - and it's all for charity
Next Page