Crash Bandicoot and friends - Where are they now?

If your childhood wasn't filled with fighting to the death against your siblings over whose turn it was to play Crash Team Racing, you haven't had an authentic upbringing and you're going to need to speak with your parents about that.

I often wonder what happened to Crash and the gang. Did their competitive natures get the better of them? Did Coco continue to be a massive flirt? Did Ugga Bugga continue to frighten the shite out of everyone he came into contact with? Let's find out.

END_OF_DOCUMENT_TOKEN_TO_BE_REPLACED

Despite his blatant lack of any road safety knowledge, Crash went on to become the driving instructor with the highest success rate in all of Wisconsin. He taught everyone from the local politician Scott Walker (now Scott Driver, LOL) to Hollywood actor Mark Ruffalo, with Mark describing him as "the most patient and caring man" he'd ever met.

END_OF_DOCUMENT_TOKEN_TO_BE_REPLACED

Sadly and ironically, Crash was involved in an unfortunate bumper car crash two years ago. He was performing some particularly strenuous manoeuvres when an unsuspecting driver ploughed into him from behind. Crash's sunglasses went flying off and his beautiful (but delicate) eyes were exposed to the sun during a solar eclipse. He's now legally blind so his driving instructor career is over, but he's still determined to get back on the road. We wish him the best of luck.

END_OF_DOCUMENT_TOKEN_TO_BE_REPLACED

Crash's sister had a slightly more colourful few years compared to her brother. Coco trained as a barista after her commitments with the franchise wrapped up. She traveled to the Barista Training Academy in Singapore, where she learned how to create phallic latte art for the absolute banter. She also learned how to make hieroglyphic symbols with foam.

Nowadays, Coco's got her very own café in Shoreditch, called Coco's Cocoa, where they offer 72 varieties of hot chocolate, including hazelnut, pomegranate, Frube and white pudding flavour - yum! When asked if her and the former Crash Team Racing gang would ever reunite, Coco didn't rule out the possibility, and accidentally let slip that her and Doctor Neo Cortex had a bit of a fling in the past. Saucy!

This loveable kitten made no secret of the fact that he's battled his demons in the past. Tiny admitted that he struggled to find any real purpose in life after his part in the Crash enterprise. Being constantly in the background of the video game was a little for real for Ti, as he'd a similar experience during childhood. His brother, Tony, was always the overachiever, even still to this day. Grrrreat.

Tiny admitted in his tell-all autobiography that he was addicted to performance enhancers and was, regretfully, doped during every instalment of Crash Team Racing. What really irritated him was the fact that he was still coming in last place even under the influence of drugs. But that's all behind him, as Tiny is six years clean and travels the world giving lectures about the importance of self love.

Unsurprisingly, UB spent some time behind bars after repeatedly failing to stop and red lights, along with building up five times the previous record for penalty points at any given time. Those close to Ugga Bugga said that prison had really hardened him and gave him the time to reflect on where his life was going. 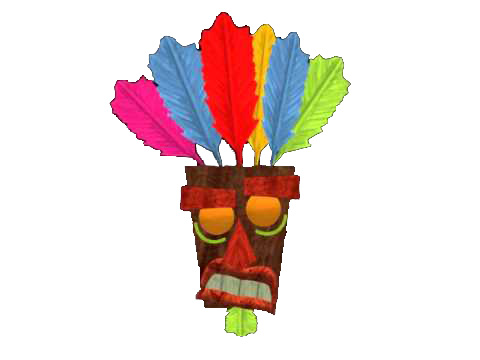 When Ugga Bugga was released from prison, he was determined to turn his life around. He liaised with Crash, who was always a close friend and confidante. The remained close, right up until Crash's accident. At that point, UB stepped in and decided to become Crash's eyes. Similar to a guide dog, he keeps Crash out of harm's way and is with him at all times. It's a beautiful story and one that we're delighted to have unearthed here at Her.ie. We wish them the very best!

popular
Netflix's true crime series Sins of our Mother is seriously insane
So, William and Harry have a step sister... and who knew?
Why Are Men so Obsessed With Boobs? The Answer is Pretty Surprising...
Singer Ciara cancelled her wedding over transphobic laws
23 shows with four or more seasons to watch on Netflix
A Criminal Minds re-boot is happening – and here's everything we know
The Greatest Showman is becoming a Broadway musical and we need a second
You may also like
4 months ago
WATCH: People are losing it over clip of Kendall Jenner trying to climb stairs at Kourtney's wedding
4 months ago
Hilarious moment Irish Rail passenger spots "collapsed man" on platform
11 months ago
You's Penn Badgley and Cardi B are fangirling over each other on Twitter
11 months ago
Bride receives bouquet of chicken nuggets from best friend on wedding day
11 months ago
These newlyweds wore tracksuits to their reception
1 year ago
Tom Daley went viral for knitting at the Olympics - and it's all for charity
Next Page