It's been 4 years since that monkey was found in IKEA, but where is he now?

Exactly four years ago today, a monkey wearing a coat wandered into an IKEA in Toronto and stole my cold and fragile heart.

It transpired that his name was Darwin and frankly that adds to his heightened level of adorability.

I spoke exclusively to Darwin on the eve of his four-year anniversary of being photographed in IKEA.

Initially, I was shocked to see that Darwin had ditched the shearling coat and opted for a parka. But then not too shocked, because parkas are very in at the moment. Always on trend, our Darwin.

END_OF_DOCUMENT_TOKEN_TO_BE_REPLACED

Me: Grand thanks. Listen, what's life been like since the big event?

Darwin: Ciara. Things have blown up. I walked into IKEA three years ago for a Kyjörglforp and left with a career. People have been contacting me non-stop with job offers. Just last week I had a man from Indonesia asking me would I appear on his tv show about fashionable monkeys!

Me: Madness, stop. Did you take up any of these offers?

Darwin: Look, I'm a family man. I've a wife and sixty-three kids at home to provide for. Obviously, I had to follow the money. I've done modelling, fashion designing, pilates instructing, public appearances, cut the ribbon at monkey bar openings, even hosted a birthday party for Jermajesty Jackson. 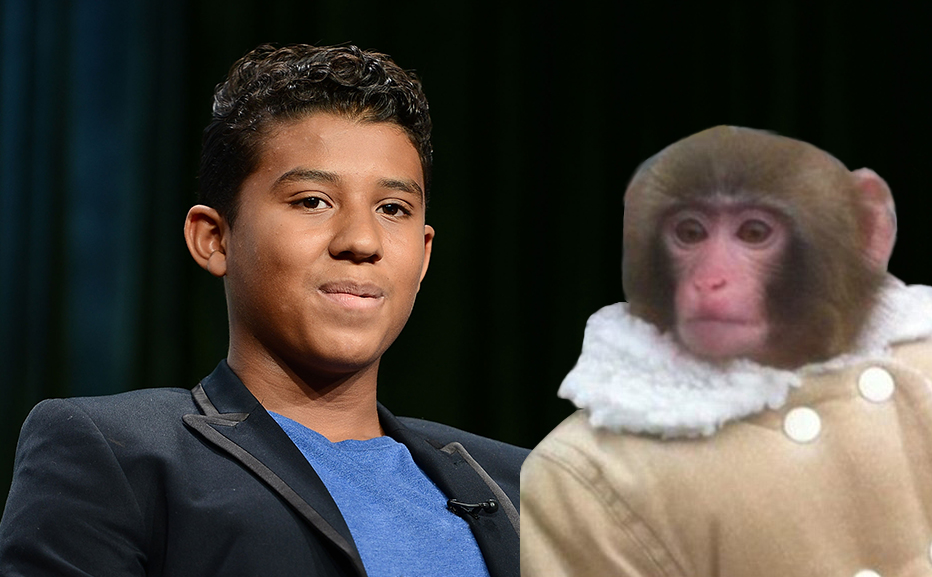 Darwin: Yeah, as in the climbing frames. They haven't permitted alcohol to us animals yet. Just you animals. *Laughs awkwardly*

Me: What's next for you Darwin? Another trip to IKEA?

Darwin: No we've just refurnished the house so we mightn't need to head out there for a month or two.

[At this point Darwin took me for a tour around the house and I must say, it was very tastefully decorated. All your mod cons, along with a hefty record collection from The Monkees, obviously].

Me: Tomorrow is the big day, the three year anniversary. How will you celebrate?

Darwin: Honestly, I'll probably look back at all the great photographs that were taken. Maybe pop on the old jacket, look regretfully out a window and reminisce at the good times. Also, the wife said she'd make banoffee pie so I'm fairly thrilled about that.

Me: Darwin, mate. It's been an absolute pleasure. Thanks for taking the time to talk to me.

Darwin: Listen, take it handy Ciara. All the best.

popular
Vogue Williams slams man who refused to swap seats with her on plane
New Zealand family find two bodies in second hand suitcases
Crown Paints advert receives 200 complaints over 'misogyny' and 'everyday sexism'
Are we getting a mini heatwave in September?
Joe Swash helps 95-year-old woman and carries her to hospital
Adam Collard allegedly attacked on night out with Paige Thorne
Scarlett Moffatt slams 'disgusting' pap for sneaking into hotel to take photos of her
You may also like
2 months ago
WATCH: People are losing it over clip of Kendall Jenner trying to climb stairs at Kourtney's wedding
3 months ago
Hilarious moment Irish Rail passenger spots "collapsed man" on platform
9 months ago
You's Penn Badgley and Cardi B are fangirling over each other on Twitter
10 months ago
Bride receives bouquet of chicken nuggets from best friend on wedding day
10 months ago
These newlyweds wore tracksuits to their reception
1 year ago
Tom Daley went viral for knitting at the Olympics - and it's all for charity
Next Page