"We had a good run but it's just not working out anymore." 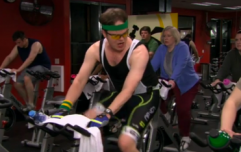 The 6 emotional stages of going spinning with your mate

END_OF_DOCUMENT_TOKEN_TO_BE_REPLACED

"I would stay but there's a guy in speedos who keeps looking at me and I'm kinda creeped out."

The above statements may seem familiar to you.

You might have used them during a breakup, to make the whole situation a little less awful, and to soften the blow just a little bit.

You might have also used them when you were quitting your gym, because why not, they're all relevant.

One guy who used a few variations of the above (but funnier, in fairness to him), was Reddit user, MastrrBrasser.

He was a member of a gym called Planet Fitness in the States. 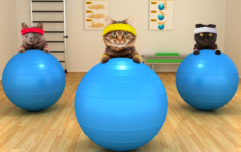 END_OF_DOCUMENT_TOKEN_TO_BE_REPLACED

However, unfortunately for him and all the kind folk who run Planet Fitness, MastrrBasser was moving far, far away soon, and he had to cancel his membership.

After being told that he would not be able to cancel his membership over the phone, MastrrBasser did the only thing he could do in such a scenario.

He wrote a detailed breakup latter.

Planet Fitness wouldn't let me cancel over the phone, and required a certified letter to cancel since I live in a different state now. I dropped this in the mail today. from r/funny

'To whom it may concern,

"It is with deep regret, and a heavy heart that I write this letter, but I must come forth with my intentions with sincerity and honesty.

"Certain events in my life have put me in a different place, and while it was one of the more taxing decisions I’ve had to make of late, it is the right one. The purpose of this letter is to end my relationship with Planet Fitness."

He goes on to explain his reasons for leaving, which include the fact that he has changed since the day they first met, and the gym had, sadly, stayed the same.

"I know I’ve been distant, but it’s because I’ve changed. I have different needs now, and to be frank… you really haven’t changed at all.

"You’re still that bulky, purple and yellow building with the tootsie rolls at the counter. I don’t want to change you, and it pains me to think that we were once one, but are now separate and in different places."

MastrrBasser explained that he still loves Planet Fitness, they just can't be together anymore.

He concluded his breakup letter by saying that all good things must come to an end and that he truly believes that Planet Fitness will be better off without him.

Oh, and that his wife needs to cancel her membership too.

Planet Fitness were kind enough to get in touch with Her and let us know that they've actually sent MastrrBasser a response to his break up letter.

And they did not hold back.

We received your letter today, thanks again for writing. We don’t take big life changes like this lightly and if it’s not in writing or in person, it just doesn’t count. While we are sad to see you go, we understand. People change, hot new trends come and go and life … gets in the way sometimes. We will still be here if you change your mind. As far as your current life choices go and who you are spending your time with now - we aren’t judging (we never would).

We just want to make sure you are pacing yourself while you are gone - you know, no one really cares for you like we do. I think we can both admit that our time together was fun, easy and non-intimidating. We’ll miss our Monday night pizza dates and always pushing each other to reach our goals.

You know what they say though, if you love something set it free … You’ll come back, they always do.

Girls With Goals || Her · Ep.151: 'A Story Shared' - Aoife P. Rafter on blogging during a pandemic and living with CF
popular
Matthew Perry's dad was a character on Friends and how did we not notice?
New weather warning issued as Storm Christophe passes over Ireland
Joe Exotic has limo waiting as he expects presidential pardon from Donald Trump
Someone has ranked the penis size of men from all over the world
NPHET reportedly to advise all children return to school at end of February
Here's the average age people lose their virginity around the world
Here's what happens on every day of your menstrual cycle (roughly)
You may also like
1 month ago
You are "extremely" unlikely to catch Covid-19 at the gym, study says
6 months ago
WIN a €250 Gym+Coffee voucher for a workout wardrobe update
8 months ago
Spanx has launched a 'booty boost' gym wear range and it's available in Ireland
8 months ago
10 of the best buys on ASOS if you need motivation on the fitness front
10 months ago
This week's Curated With Cassie is about brunch burgers and boobs!
11 months ago
WIN a hoodie hamper from Gym+Coffee to spruce up your spring workout
Next Page