10 texts it's perfectly acceptable to send during dry November

A lot of people embark on their personal Everest during November, by giving up alcoholic beverages. It's a valiant, selfless and admirable act, the likes of which we're increasingly unlikely to see repeated in this day and age.

While we're under no illusion that it's a testing time for those opting to forego the booze, it's always fun to watch their depleting sense of self worth as the month goes on, ultimately culminating in them drinking the heads of themselves roughly two weeks in.

Here's 10 texts it's perfectly acceptable to send during dry November. 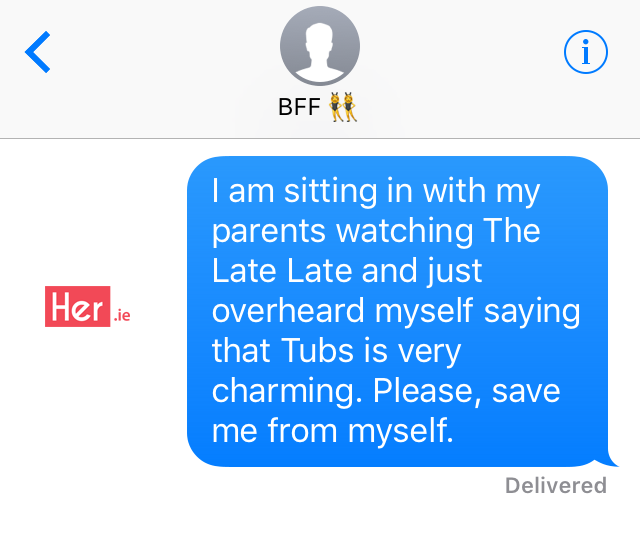 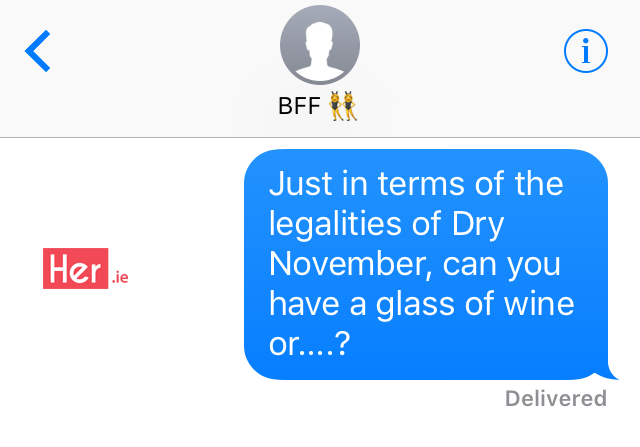 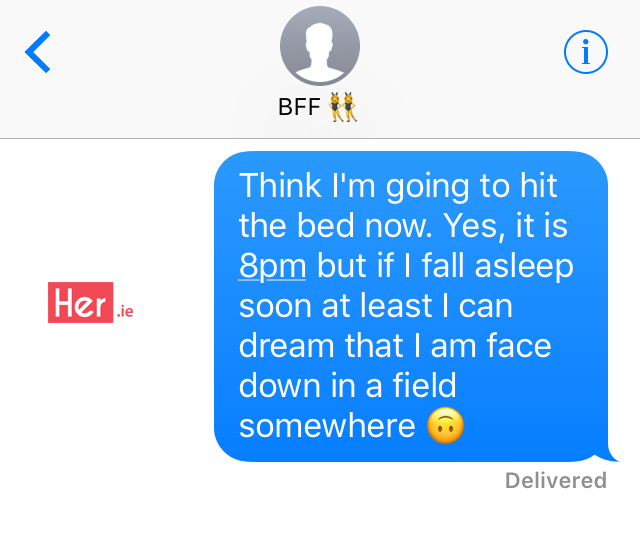 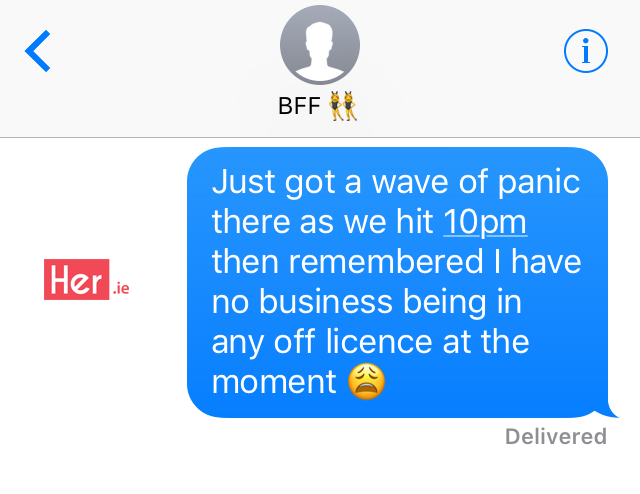 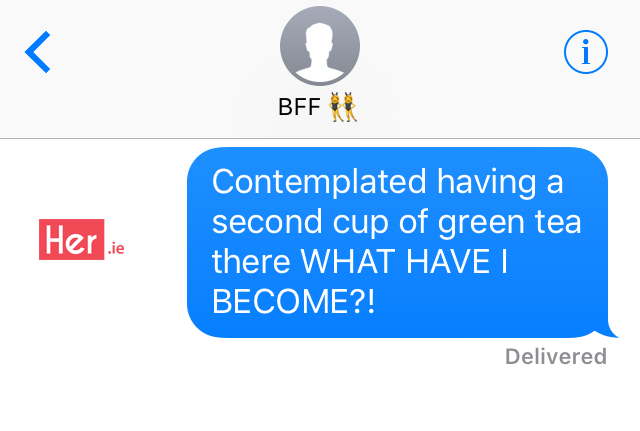 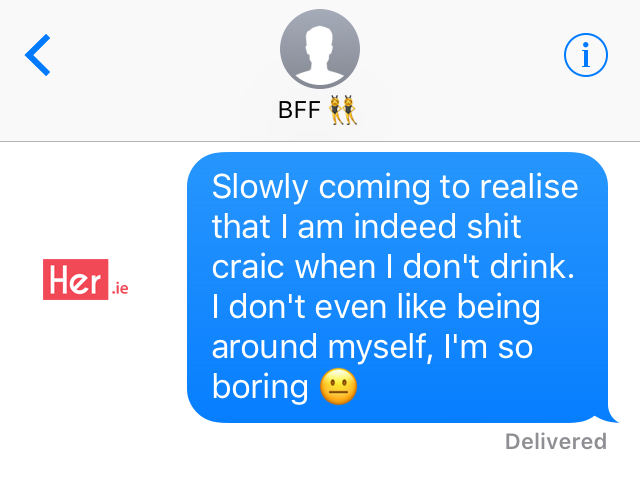 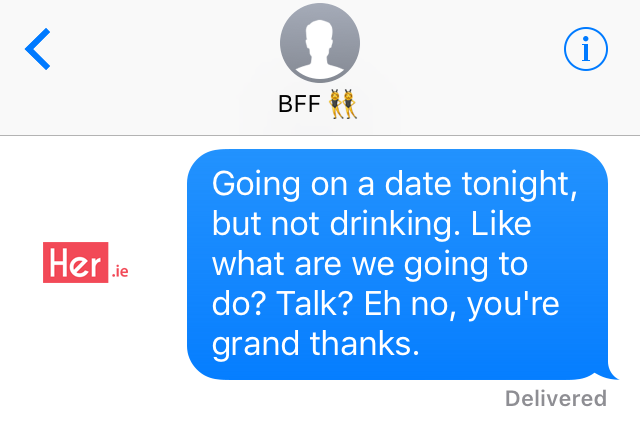 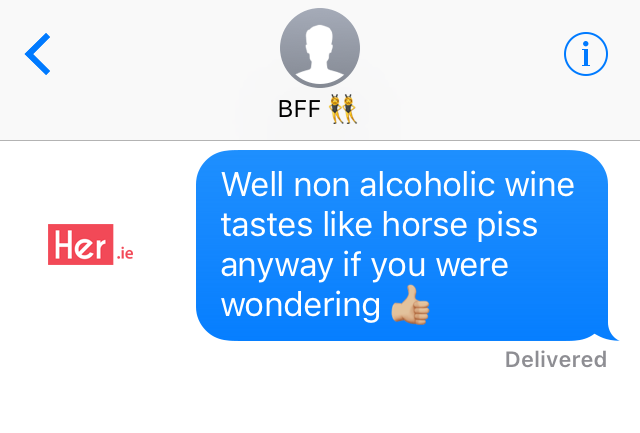 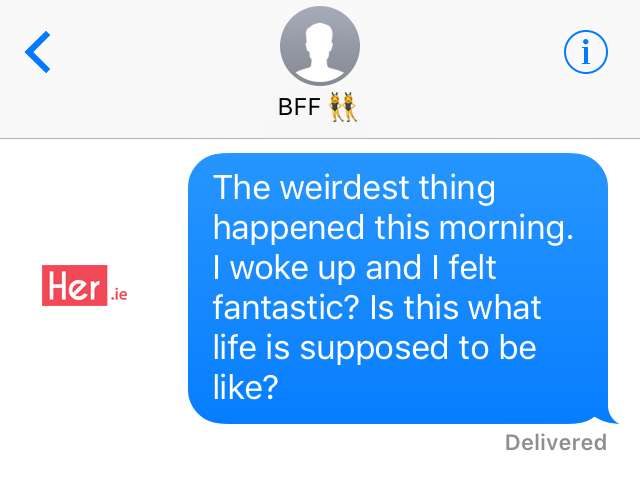 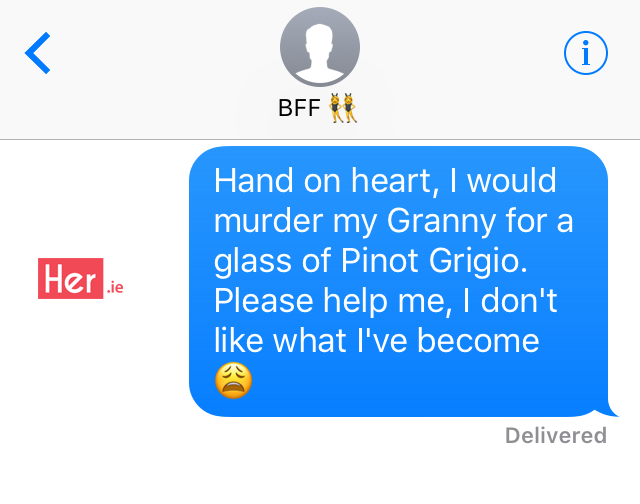 popular
FBI reveal that Brian Laundrie is responsible for Gabby Petito's death as they discover notebook
Lisa Fallon praised as she opens up about terrifying ordeal on Late Late
A documentary about two Irish boys who skipped school to go to New York is coming soon
And Just Like That... episode 8: Nobody saw this one coming
Ben Foden explains why he called Rachel Stevens "sexiest woman alive"
Nick Jonas and Priyanka Chopra's baby said to have arrived 12 weeks premature
People are only realising Kendall Jenner and Gigi Hadid are related and the reactions are gas
You may also like
3 months ago
You's Penn Badgley and Cardi B are fangirling over each other on Twitter
3 months ago
Bride receives bouquet of chicken nuggets from best friend on wedding day
3 months ago
These newlyweds wore tracksuits to their reception
5 months ago
Tom Daley went viral for knitting at the Olympics - and it's all for charity
1 year ago
Dublin Airport had brilliant response to Wild Mountain Thyme
1 year ago
Lisa McGee's Tweets about the Derry Girls' favourite movies are pretty much perfect
Next Page