"Getting the chance to photograph Dermot - even if we were family - as an artist who's growing so much..."

From Billie Eilish at Glastonbury to her cousin Dermot Kennedy's sold out 3Arena gig, Lucy Foster certainly has an incredible portfolio when it comes to her photography career.

Lucy says that growing up, she wasn't really sure of her career path. That was, until, she found out about music photography.

Around five years ago, she started taking pictures for free at gigs around the country. Eventually, she started to make a name for herself and more people started to find out about her work.

"I just knew that's what I wanted to do," she tells Her.

"I shot my first gig December 2015 and then that following summer I did the festival route. I was doing it all voluntarily."

Last year, Lucy was asked by a photographer friend of hers if she could cover one of his gigs - photographing Billie Eilish at Glastonbury.

A gig that was, understandably, a career highlight. 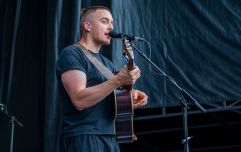 Dermot Kennedy has released a brand new song about hope

END_OF_DOCUMENT_TOKEN_TO_BE_REPLACED

"[Billie] was playing outdoors on a very sunny day so it was kind of a tricky one to shoot because of the light," says Lucy.

"I really wanted to shoot as much as I possibly could. I would shoot part of the song from the back of the stage and then sprint the whole way down to the pit."

Lucy's most recent tour before lockdown was travelling around with her cousin Dermot Kennedy, who she had been working closely with before his rise to fame.

"When I started shooting music, [Dermot] wasn't doing gigs and then it all just kind of came together at the right time," she says.

"But I never said to him 'I want to go on tour with you' because I didn't want to make him feel like he had to take me."

As a wise man once said, “I’m a goofy goober yeah”

Lucy was living in Perth, Australia with Dermot's sister, Claire, when he had come over to visit. 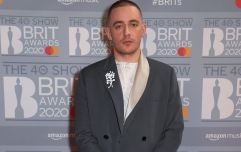 Dermot Kennedy to release new stripped back EP next week

END_OF_DOCUMENT_TOKEN_TO_BE_REPLACED

"I was taking pictures of everybody and I took a picture of him and he was like 'That's a cool picture maybe we should take a few pictures when you get back,'" she says.

The first pictures Lucy snapped of Dermot were those of him in the forest, shots that will look familiar to fans who have been avid fans of his over the years.

Lucy remembers a small gig in London's servant jazz quarters as a particularly special moment. With less than 100 people there, "that really felt like the start of the snowballing."

"Getting the chance to photograph Dermot - even if we were family - as an artist who's growing so much and to be documenting that growth," she says.

Ahhh my little heart is so full ☺️ This tour has been my favourite so far! I’m so grateful that I get to do this with people I love so much. Thank you to all of our crew and to team @lillavargen and team @thisistalos for making this such a special one x

And check out our full interview with Lucy below: