It’s been a chaotic year for Zayn Malik.

On March 25th, 2015, Directioners were left distraught when Zayn quit the Asian leg of One Direction’s last tour – announcing he was leaving the band.

In the months that followed, he split from fiancée Perrie Edwards and later revealed he had wanted to leave the band within its first year. 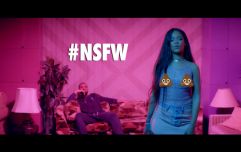 END_OF_DOCUMENT_TOKEN_TO_BE_REPLACED

During his first TV interview, Zayn explained how he never wanted to be in the band and knew within a year that it wasn't right for him:

“I think I always kind of wanted to go, from the first year, really.

“I never really wanted to be there in the band, I just gave it a go because it was there at the time.”

Now in a ‘coincidence’, Zayn plans to launch his debut album exactly one year after his split from the band. 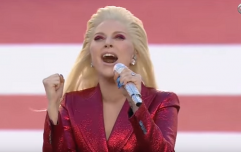 WATCH: Lady Gaga Gave The Performance of A Lifetime Singing The National Anthem At Super Bowl 50

END_OF_DOCUMENT_TOKEN_TO_BE_REPLACED

While some might see it as ‘rubbing in’ his decision to leave, Zayn told radio show Zach Sang & The Gang:

“It wasn't planned that way.​ It just seems to coincide with the iTunes launch and everything.

It sure is a sign… that he’s definitely moved on.

Let’s just hope his One Direction fans are willing to let go of the pain long enough to download his album.

popular
Bride asks for divorce day after wedding following groom's disrespectful cake stunt
Head of dive squad searching for Nicola Bulley thinks 'something's not right'
These are the most popular names for babies born in February
Here's why Nicola Peltz-Beckham's family are suing her wedding planners
Police believe they know what happened to missing dog walker Nicola Bulley
Couple decide to live on cruise ship permanently after finding it's cheaper than paying mortgage
Man sues friend for £1.9m after she refused to be his girlfriend
You may also like
4 years ago
Turns out, this colour of wine gives you the WORST hangover
4 years ago
Love a bit of gossip? It might not be as bad as you think
6 years ago
Lily Allen has revealed that she was stalked for seven years
6 years ago
Pretty Little Liars actor Brandon Jones could be facing over five years in prison
6 years ago
Gwen Stefani Receives Massive Backlash After "Insulting" April Fools' Prank
6 years ago
Katie Price Names And Shames The Twitter Trolls Bullying Her Son Harvey
Next Page