The State is currently studying over 10 suspected cases of the new Omicron coronavirus variant, Minister for Health Stephen Donnelly has said.

Initial tests showed that these cases had a trait differentiating them from the Delta variant. The cases have now been sent for full genomic sequencing, but Donnelly said it is likely officials will be confirming several Omicron infections over the next few days.

END_OF_DOCUMENT_TOKEN_TO_BE_REPLACED

"It's not possible to know how many cases there may be here. The number that were sent for whole genome sequencing is a little over 10, that's based on a sample of positive cases that would have this particular type of test."

Earlier today, speaking on RTE Radio One's Today with Claire Byrne, he said that the variant was "likely" already in the country and revealed that several suspect Omicron cases were undergoing genome sequencing. However, he did not say how many.

He also defended Ireland’s level of genome tracking, saying that it is the third highest in Europe, behind the UK and Denmark. 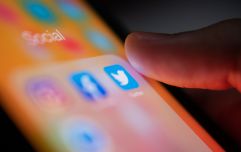 END_OF_DOCUMENT_TOKEN_TO_BE_REPLACED

Donnelly is currently in contact with Chief Medical Officer Dr Tony Holohan, who is concerned about the spread of the new variant.

He said party leaders plan to meet with Dr Holohan on Monday and prepare recommendations for the Cabinet meeting on Tuesday.

It comes as NPHET member Cillian De Gascun said Ireland would need at least a three-month plan to tackle the current wave of Covid-19 in the country as the new Omicron variant looms.

Commenting on the possibility of further restrictions, Minister Donnelly said: “We will have to wait to see how today goes." 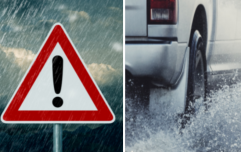 END_OF_DOCUMENT_TOKEN_TO_BE_REPLACED

Until there is more information about the new variant, he said no government could predict what measures would need to be put in place.

He added that it's not helpful to get caught up in numbers and that travel restrictions were introduced in the past so, if deemed necessary, they may be re-introduced.

popular
Love Island's Danica said she felt "disrespected" in the villa
EastEnders star Samantha Womack reveals she has breast cancer
Dami explains why he was "angry" during the Love Island reunion
Love Island's Remi accuses Jacques and Luca of bullying
Jacques O'Neill addresses Paige and Adam's relationship on Instagram
Actress Anne Heche in coma following car crash
Everything we know about Love Island USA's Irish premiere
You may also like
1 week ago
Several cases of missing luggage found dumped in bin at Dublin Airport
3 weeks ago
Met Éireann issues thunderstorm warning for seven counties
3 weeks ago
No, pornography is not about to become a Junior Cert subject
3 weeks ago
High temperature warning in effect ahead of another extremely warm day in Ireland
3 weeks ago
The hottest temperature in Ireland in the 21st century has officially been recorded
3 weeks ago
Hottest counties in Ireland revealed as temperatures to soar to 32 degrees on Monday
Next Page