2FM will pay tribute to DJ Alan McQuillan this weekend with an Electric Disco special.

The presenter and broadcaster passed away suddenly in January at the age of 36.

He had worked for a number of RTÉ stations over the course of 18 years, becoming a regular presenter in 2014 when he took over hosting the Early Breakfast Show.

A special four-hour edition of The Electric Disco will pay tribute to Alan this Saturday, as DJs Jenny Greene, Mark McCabe, Al Gibbs, Dave Treacy and Mo K remember their friend and colleague.

The Electric Disco: A Night for Al will kick off on March 2 at 6pm. 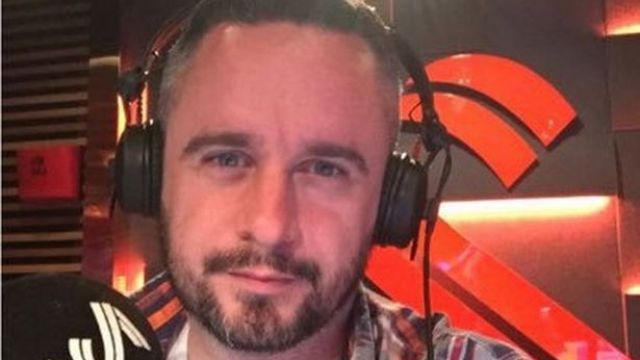 The special will feature interviews, DJ sets, and an assortment of Alan's favourite tracks over the years.

Host Jenny Greene shared an Instagram post announcing the special this week, including some shots of the late DJs favourite vinyls and tapes.

"Serious trip down memory lane going on at home for this Saturday night’s Tribute Show for Alan McQuillan," she wrote.

"Trying to remember when Burberry Record bags were in fashion #nojudgement."

Following the news of Alan's passing, many of his colleagues, family, and friends took to social media to pay tribute.

DJ Nikki Hayes tweeted: "Lost a dear friend today suddenly. Life is so precious," while presenter Baz Ashmawy remembered Alan as someone who was "kind with buckets of talent, funny, gentle and clever."

Jim Jennings, RTÉ Director of Content, said that the DJ would be be dearly missed.


popular
This STUNNING €40 Zara dress is all you need to update your wardrobe for summer
The largest family in Britain have welcomed baby number 22
The €13 Zara top that comes in four colours will become the most-worn item in your wardrobe
'Highly recommend' New Netflix series Unorthodox is receiving rave reviews
#Covid-19: P!nk and three-year-old son 'really sick' with coronavirus
Don't drink and distance? Why now might be the time to give-up alcohol rather than leaning into it
These €26 Zara trousers are the next best thing to tracksuit pants (and they come in three colours)
You may also like
4 days ago
#Covid-19: Six-week-old baby dies after testing positive for coronavirus
5 days ago
#Covid-19: 14 further deaths and 212 new cases of coronavirus confirmed in Republic of Ireland
1 week ago
#Covid-19: Life cannot go 'back to normal' after Easter Sunday, says Simon Harris
1 week ago
#Covid-19 cases to rise in Ireland due to focused testing, says HSE
1 week ago
Don't forget - the clocks are going to 'spring forward' one hour tonight
1 week ago
Andrew McGinley asks people to send him letters as he struggles with self-isolation
Next Page