The heatwave conditions are to reach their peak on New Year's Eve.

As the bushfires in Australia continue to devastate entire regions of the country, the full extent of the destruction is still being tallied.

According to one report, almost half a billion animals are estimated to have died due to the bushfires, while the death toll is currently at nine people, with one more unaccounted for.

As per the Evening Standard:

"Around 480 million animals are feared to have died in the bushfires sweeping Australia, including nearly a third of the koalas in New South Wales's main habitat. Ecologists at the University of Sydney estimate around 480 million mammals, birds and reptiles have been killed, directly or indirectly, by the devastating blazes since they began in September.

However, things won't be easing up any time soon, as the country's meteorological services predict that the high winds and temperatures will continue to get worse right up to New Year's Eve.

Heatwave conditions are set to develop in coming days in NSW, peaking on New Year's Eve. Beat the Heat by following this advice: https://t.co/GpMf5XQb0Q and keep up to date on temperatures via the latest forecast: https://t.co/jkAjsOYSrR pic.twitter.com/IvVzi3z513 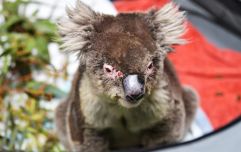 END_OF_DOCUMENT_TOKEN_TO_BE_REPLACED

According to Australian news outlet News.com.au: "A heatwave is forecast to hit bushfire-affected parts of Australia, and the high temperatures combined with strong winds could be deadly.

"Firefighters across Australia are "giving their all" to contain large and complex bushfires, as the country braces for conditions to worsen amid forecast high temperatures and dry winds. The Bureau of Meteorology expects the fire danger to intensify into the new week amid increasing heat and winds."

The Australian government have issued a nationwide health warning for those caught in or near the fires:

"During extremely hot weather, it is easy to become dehydrated or for your body to overheat. Exposure to high temperatures can lead to life-threatening heat-related illness such as heat stroke and heat exhaustion. More commonly, heat can make existing chronic illness worse. This can have equally serious consequences such as inducing a heart attack in someone who has a heart condition."

popular
5 new additions to Netflix to spend your weekend watching
Irish teacher Lucy Lanigan-O'Keeffe is engaged Prince William's best friend, Thomas van Straubenzee
Love, Guaranteed is the romantic comedy we never knew we needed
The second season of Dirty John lands on Netflix next week and we’re already hooked
Someone has ranked the penis size of men from all over the world
It turns out we may have been brushing our hair wrong the whole time
Kathryn Thomas has given birth to her first child
You may also like
2 months ago
Australian wildlife park welcomes first baby koala following bushfires
6 months ago
Lush has just launched a koala shaped soap to raise money for the Australian bush fires
6 months ago
Irish artist, Audrey Hamilton, has raised €20,000 to donate to the Australia bushfire fund
6 months ago
Wombats are really, very big and the internet simply refuses to believe it
6 months ago
The Irwin family has helped over 90,000 animals during Australian bush fires
7 months ago
Elton John pledges $1 million to Australian bushfires relief during Sydney concert
Next Page