"Academic Claims Britain Has 'Underground Network' of 15,000 Vampires": Here Are The Best Headlines of the Week

"Secret Service police on Friday arrested a man who stripped naked outside the White House fence and fought with officers" Reuters reports. 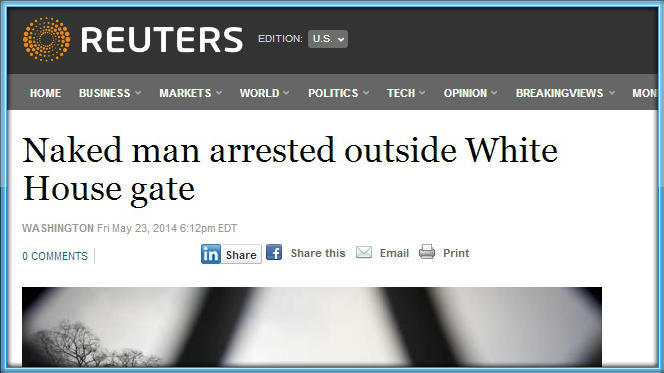 "Celestino Moras was subdued after allegedly opening fire at a rodeo in Bartow County over Memorial Day weekend" reports UPI.

"A Michigan zoo will be holding a fecal fundraiser this spring in order to raise money" writes UPI.

popular
Women are rinsing their hair in apple cider vinegar – and the results are amazing
Toddler dies after being struck by vehicle in Co. Cork
New photo of Bernadette Connolly released as investigation continues
Clubbers left "bleeding from their mouths" after accidentally drinking shots with caustic soda
Gardaí find "no evidence" of needle spiking in Irish nightclubs
Worried about a loved one? Here are 5 signs of suicide to look out for
Met police apologise for "sexist, derogatory" language used in strip-search
You may also like
1 month ago
TikToker fakes a wedding photoshoot to get back at ex
3 months ago
You's Penn Badgley and Cardi B are fangirling over each other on Twitter
3 months ago
Bride receives bouquet of chicken nuggets from best friend on wedding day
3 months ago
These newlyweds wore tracksuits to their reception
5 months ago
Tom Daley went viral for knitting at the Olympics - and it's all for charity
8 months ago
Shrek fan notices X-rated Easter egg that we all missed as kids
Next Page