Adele has become the latest victim in a series of online celebrity hacking scandals.

The Hello singer has had her private photos stolen and posted online in the latest of a stream of similar hacking attacks.

Pictures of her son Angelo when he was just a baby as well as pregnancy scans are said to have been stolen through her partner Simon Konecki’s email and posted to a Facebook fan page. 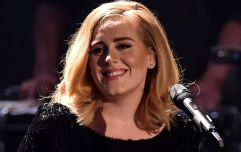 END_OF_DOCUMENT_TOKEN_TO_BE_REPLACED

According to The Sun on Sunday, a member of the Facebook fan page alerted Adele's management when they saw the photos which included an ultrasound from when Adele was five months pregnant.

"I was appalled and upset for Adele when I saw the pictures.

"They are really private and should not be passed around.

"I think it is disgusting that her so-called fans were sending them around and I thought it should be stopped."

The news comes just days after Harry Styles' mother Anne Twist was allegedly hacked and images of the One Direction star and Kendall Jenner were leaked online.

popular
Toddler dies after being struck by vehicle in Co. Cork
Women are rinsing their hair in apple cider vinegar – and the results are amazing
New photo of Bernadette Connolly released as investigation continues
Clubbers left "bleeding from their mouths" after accidentally drinking shots with caustic soda
Orange is the New Black and Seinfeld star Kathryn Kates dies aged 73
"Hair contouring" is about to be huge, here's everything you need to know
Love is in the air: 3 new fragrances we love – just in time for Valentine's Day
You may also like
5 days ago
Adele heartbroken as she cancels Las Vegas residency dates
1 month ago
The pop culture moments that defined 2021
2 months ago
Mel B's very risky joke has been edited out of An Audience With Adele
2 months ago
Opinion: Adele was 'disappointed' by conversations about her weight - so let's stop having them
2 months ago
You can now get emotional support cards for your friends ahead of Adele's tearjerking new album
2 months ago
Adele opens up about missing her son during divorce
Next Page