The former justice minister said Kenny has “questions to answer”, saying the party had "focused on strategy rather than people".

In an interview with RTÉ, Shatter says he believed Fine Gael never addressed how they would help people with particular issues after the election and that the first week of the campaign was the "most bizarre start to an election campaign" he has seen in 30 years of politics when the party focussed on the “fiscal space”. 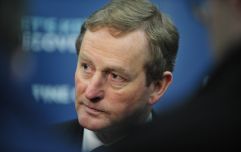 END_OF_DOCUMENT_TOKEN_TO_BE_REPLACED

Speaking to Sean O'Rourke, Shatter revealed that he believed misguided advisors had led himself and a number of colleagues to miss out on securing seats in Friday’s vote.

Shatter largely blamed a lack of communication skills and misinforming the public as a main issue in the party losing its popularity with the public.

"It is quite bizarre that you had three senior cabinet ministers involved in, for practically a year, running committees, to work out where the strategy went. 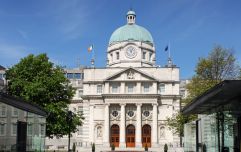 END_OF_DOCUMENT_TOKEN_TO_BE_REPLACED

"And there is a problem with the manner with which the party is now organised.

"There is a perception, I think, at leadership level, that you can frame and manipulate events to the benefit of the party... and that you can bring the general public along with you, and on occasions, you don't necessarily tell the full truth."

While Alan Shatter lost his seat in the Dublin-Rathdown constituency, party colleague Josepha Madigan went on to win a seat.

You can listen to the full interview from this morning here.

popular
Traditional names such as Mary, Maureen, John and Michael may soon be extinct
Texas student says she "played dead" during school shooting to survive
First case of monkeypox confirmed in Republic of Ireland
Young mum packs her bags and travels the world with 3-year-old son
Viewers praise Dermot Kennedy for "powerful" performance after Late Late Show finale
Doctors urge women not to follow Kourtney Kardashian's 'semen' fertility advice
This girl absolutely SCHOOLED this guy for sending an unsolicited dick pic
You may also like
6 years ago
Student Pens Must-Read Letter to The New Government About Abortion
6 years ago
There’s a New Political Party on The Scene and It’s One We Can Definitely Get Behind
6 years ago
Former Minister For Education Tweets Bizarre Statement In Wake Of The Election
6 years ago
Enda Kenny Concedes That Labour and Fine Gael Will Not Form The Next Government
6 years ago
Micheál Martin Speaks Out About Fianna Fáils Impressive Performance Today
6 years ago
This Spoiled #GE16 Ballot Paper Actually Contains an Excellent Suggestion
Next Page