The facility is expected to cater for up to 100 drug users per day.

Merchants Quay Ireland were originally refused planning permission by Dublin City Council in July, but appealed the decision to An Bord Pleanála, who confirmed approval for the facility on Tuesday.

Excellent news! We can now proceed with Ireland’s first supervised injection facility and recognise that addiction is an illness. Well done Merchant’s Quay. Time we all get serious about tackling addiction issues in our country @MerchantsQuayIR https://t.co/zRssK2IWe4 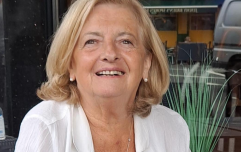 END_OF_DOCUMENT_TOKEN_TO_BE_REPLACED

Merchants Quay Ireland say the facility, which will operate as an 18-month pilot programme, will be a clean, safe supervised service for people who inject drugs and believe that it will be a vital first step in reducing harm and supporting a person towards recovery.

It will be staffed by experts with full nursing and medical services and will provide opportunities for intervention, helping reduce the harms associated with injecting drug use and helping link vulnerable people in with drug treatment supports and health services.

END_OF_DOCUMENT_TOKEN_TO_BE_REPLACED

The facility will contain seven injecting booths and an aftercare area and is expected to cater for up to 100 users per day. As a result of the decision, the Night Café currently located at the Riverbank Centre will be relocated.

The decision to grant planning permission has been welcomed by Merchants Quay Ireland, who say that the facility will allow them to reach people who are currently isolated and vulnerable, offering them vital healthcare and treatment options.

“With one death every day in Ireland from a drug overdose, this facility will save lives,” a statement form Merchants Quay Ireland read.

“We understand that there are concerns from members of the local community, and we will work closely with them and all stakeholders as the project progresses to ensure that this facility benefits everyone.

“MQI would also like to place on record our thanks to the Minister for Health Simon Harris, Minister Catherine Byrne and their officials for their support for this 18-month pilot.”