Dublin city dwellers are about to get a sweet addition to the landscape.

If you live in the George's Quay area or pass through it on your way to work, keep your eyes peeled for a huge red squirrel, which will be appearing soon on the wall adjacent to the Workshop Gastro Pub.

The piece is the brainchild of Portuguese artist Artur Bordalo, who has landed in Ireland this week to spend five days creating the art installation, part of his series Trash Animals. 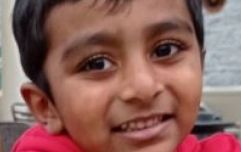 Appeal issued in search of missing 4 year old from Kilkenny

END_OF_DOCUMENT_TOKEN_TO_BE_REPLACED

The squirrel will be built entirely from waste items, including car parts, toys, chicken wire, old appliances and scrap metal, in similar style to other works all over the globe. Bordalo has been hitting the city's scrapyards and dumps already in search of materials.

The Dublin Inquirer reports that the Dublin City Council presentation suggests the artwork could remain in situ until September. 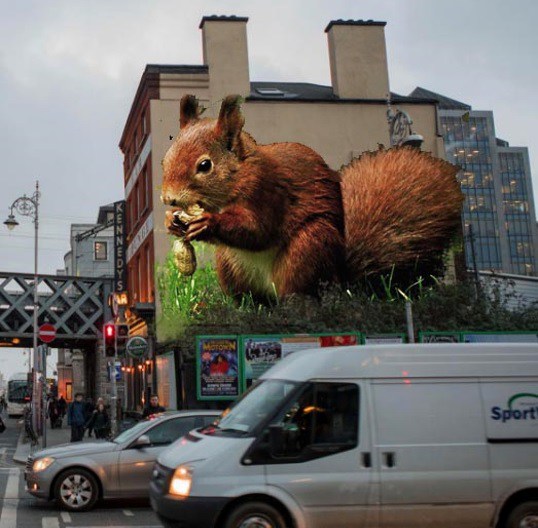 According to Scannáin, Irish filmmakers Trevor Whelan and Rua Meegan, who have been filming Bordalo for two years, will capture the process for an Irish Film Board funded documentary, which will premiere in July.

The piece will highlight the plight of the endangered red squirrel, which has already disappeared from some Irish counties due to deforestation.

popular
Miracle baby on the way for bride whose partner died on wedding day
Tributes pour in for 28-year-old primary school teacher killed in London
Johnny Depp confirms he will be back as Grindelwald in Fantastic Beasts 3
Why Are Men so Obsessed With Boobs? The Answer is Pretty Surprising...
Here's the average age people lose their virginity around the world
You could be shopping in an Aldi store with no checkouts in Ireland in the near future
So are we dating?... 10 signs it's time to define your relationship
You may also like
5 days ago
A sustainable fashion flea market is taking place in Dublin tomorrow
6 days ago
Dublin nurse scammed out of all her savings warns others
1 week ago
Two teenagers hospitalised following attack in Dublin
2 weeks ago
Teenage girl 'attacked twice' in one day in Stephen's Green, says mother
3 weeks ago
4 tourist spots in Dublin that are well worth visiting this weekend
3 weeks ago
If you're looking for some delicious food and drinks in Dublin next weekend, we've got just the thing
Next Page