He ain't heavy, he's my brother.

The World Triathlon Series in Mexico ended in dramatic fashion as Britain's Jonny Brownlee stopped his brother Alistair from collapsing near the finish line, to help him to complete the race.

The medalling Olympians were racing in the claustrophobic heat of Cozumel, a small Mexican island in the Caribbean Sea known for its intense humidity, and had been running for 1hr 45mins. 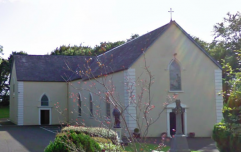 END_OF_DOCUMENT_TOKEN_TO_BE_REPLACED

Alistair began weaving across the road and looked as pale as a sheet. With his eyes rolling back, it was clear that he was close to blanking out. Thankfully his younger bro was at hand to help out.

As South African Henri Schoeman took the lead, Jonny Brownlee grabbed his brother and propped him up for the final few metres, to wild applause. Upon the finish, he threw his brother over the line.

END_OF_DOCUMENT_TOKEN_TO_BE_REPLACED

Humble Alistair claimed it was "a natural human reaction", explaining that he'd have "done the same thing for anyone in that position." His brother was rather more grateful. He posted this tweet from hospital afterwards commended his sibling's loyalty.

Not how I wanted to end the season, but gave it everything. Thanks @AliBrownleetri, your loyalty is incredible pic.twitter.com/6uG4QiIgfS

Schoeman may have won the race, but the Brownlee brothers have gained a few more fans around the world due to their unique bond. All together now: Awwwwwww!

popular
Love Island's Gemma finally tells villa about dad Michael Owen on TV
Parent's Benefit Leave in Ireland is being extended from today - here's what you need to know
Love Island: Danica sets her sights on Andrew as Luca asks Jacques about his relationship with Gemma
10 stunning and affordable outfits that are perfect for a summer wedding
Irish girls name was the most used Irish name in the United States last year
Another of Gemma Owen's family could be headed for a reality show
Drama series about Maxine Carr and Ian Huntley is filming in Dublin
You may also like
2 weeks ago
People on TikTok are making 'healthy Coke' with just two ingredients
3 weeks ago
What the heck is #Swedengate – and do Swedish people really not feed their guests?
1 month ago
Woman shares genius hack for making any bra backless
1 month ago
Bride and groom praised for interesting way they decided on surname
1 month ago
'Coastal grandmother' is the viral 2022 fashion vibe you did not see coming
2 months ago
Women are sharing pictures of their saggy boobs on social media – and here's why
Next Page