A drone was used to record pin numbers on camera in Co Antrim, new reports have claimed.

The flying device was used to collect personal information from bank users.

According to The Belfast Telegraph, there has been a surge of shop-bought remote controlled drones in the UK.

Investigators into the matter found that drone-related crimes that were reported to the police rose from 94% to 352% in 2014, and again surged dramatically to 425% in 2015. 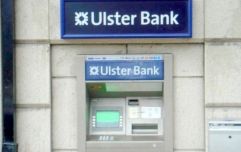 It's Raining... Money: ATM Gives Out Free Cash Just In Time For Christmas

END_OF_DOCUMENT_TOKEN_TO_BE_REPLACED

According to the PSNI, a drone was being used to record people's pin numbers at an ATM in Templepatrick as people entered their secret information.

Witnesses told the police that when the drone was spotted filming at the ATM, it flew away and crashed into a car.

A man was under suspicion over the incident and was forced to pay money to the driver of the car, but officers at the scene of the crime were unable to charge the man for recording as it was impossible to prove it was being used for criminal purposes.

Drones and mini helicopters are currently easy to purchase without any licence or permit to access them, and following the incident many are afraid the loophole regarding flying devices will be easily used by paedophiles or drug traffickers.

David Dunm a professor at Birmingham University who has researched unmanned aerial vehicles, spoke of the dangers surrounding drones and helicopters:

"At the moment, you can buy one of these things in a supermarket without any safeguards. We are lacking accountability or a deterrence"

"The police are being forced to use laws that were designed before the invention of drones fit in terms of personal safety and privacy, but actually what we need is a drone bill through the House of Commons to address the technological challenges."

popular
Vicky Phelan says she wants to pass away in holiday home "for the kids' sake"
Rob Kearney and Jess Redden arrive at wedding venue ahead of big day today
Irish man in his 20s dies after being kicked by a horse
Here are the new restrictions being considered for Christmas
Nphet recommend concerts to be reduced by half until January
These are the most popular baby names for 2021
Tributes paid to 29-year-old Irish woman who tragically passed away on holidays
You may also like
4 years ago
This is how to spot a card-cloning device at your ATM
5 years ago
Banks agree to make ATMs a lot sounder from now on
7 years ago
Pull The Other One! Tesco Wales Just Made A Rookie Translation Mistake
7 years ago
Proof That Cupcakes Are Gold – The New Sprinkles ATM Could Be The Cherry On Top Of Drive-Through Food
7 years ago
VIDEO: Bank Uses ATM To Thank Its Customers In The Most Amazing Way
7 years ago
Can't Buy Me Love, Man Gets Arrested For Having Sex With An ATM... And A Picnic Table
Next Page