She will reportedly "start a new life" after being released from prison.

Baby P's mother has been freed from prison for the first time in 7 years.

Tracey Connelly, who is now 40, was found guilty of allowing her son's death in 2007. Her son Peter Connelly was subjected to months of abuse before his untimely passing. 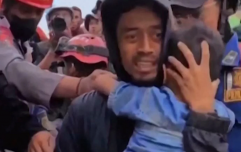 END_OF_DOCUMENT_TOKEN_TO_BE_REPLACED

It is believed the young boy suffered over 50 injuries within an 8-month period.

Ms. Connelly, her partner Steven Barker and his brother Jason Owen were all found guilty of allowing or causing the death of a child.

According to The Sun, she was released from prison in Durham on Wednesday night. She has since been moved to a secret bail hostel so she can "begin a new life".

Both the Government and members of her family protested against Connelly's release.

END_OF_DOCUMENT_TOKEN_TO_BE_REPLACED

However, the bid was dismissed.

Connelly may no longer be in prison, but her release comes with extremely strict conditions. Probation chiefs will now monitor her every move.

She will also be sent straight back to prison if she breaks her release terms.

Before her release, Dominic Raab asked the judge to overturn her release. However, the judge dismissed his request. Connelly's own family also said she shouldn't be released from prison, but their concerns were ignored.

A member of her family recently told The Sun: "When will these people learn evil is evil?"

They told the publication, "Connelly gets chance after chance. She's fooled them before and fooled them again."

popular
Brighten up your Christmas with these affordable festive lights, coming to Lidl next week
Shawn Mendes (24) is reportedly dating Dr Jocelyne Miranda (50)
Irish wellness brand cancel Cork pop-up following explosion on ship full of stock
Why Are Men so Obsessed With Boobs? The Answer is Pretty Surprising...
3 simple tips to get your nails in shape ahead of Christmas
Apparently this is the best date to put up your Christmas tree
Love Island's Davide says Ekin-Su is 'wife material'
You may also like
1 month ago
Why Cuba's redefinition of the family is so significant
2 months ago
Widespread protests in Iran after woman dies in police detention
2 months ago
Woman lost baby after police stopped for coffee en route to hospital
2 months ago
Drinking tea regularly may be linked to lower mortality risk, study finds
3 months ago
9-year-old girl shot dead in Liverpool named
3 months ago
Nine-year-old girl shot dead in Liverpool
Next Page