It is believed to be the first time a Covid jab has been ruled the underlying cause of death in the UK.

BBC presenter Lisa Shaw died due to complications from the AstraZeneca vaccine, a coroner concluded on Thursday.

Shaw, who worked from BBC Radio Newcastle, died in May, just over three weeks after she was vaccinated. 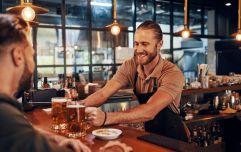 END_OF_DOCUMENT_TOKEN_TO_BE_REPLACED

The 44-year-old's death, MailOnline reported, is believed to be the first time a Covid jab has officially been ruled the underlying cause of death in the UK.

The inquest heard that the condition linked to the AstraZeneca vaccine was extremely rare.

According to the UK medical watchdog, there have been 417 cases of blood clotting after the AstraZeneca vaccine out of nearly 50 million doses administered.

The Medicines and Healthcare products Regulatory Agency (MHRA) says the rate was about 15 per million injections.

In a statement issued after the hearing, Shaw's family said: "This is another difficult day in what has been a devastating time for us.

"The death of our beloved Lisa has left a terrible void in our family and in our lives. 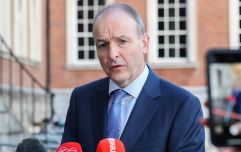 END_OF_DOCUMENT_TOKEN_TO_BE_REPLACED

"She truly was the most wonderful wife, mum, daughter, sister and friend.

"We have said all we want to say in public at this time and ask to be left alone to grieve and rebuild our lives in private. Thank you."

Shaw - who was referred to by her married name, Lisa Eve, during the hearing - started to complain of a headache a few days after her vaccination and eventually went to A&E in Durham. She was later diagnosed with a blood clot and transferred for specialist treatment at Newcastle's Royal Victoria Infirmary.

The inquest heard that, despite treatments including cutting away part of her skull to relieve pressure, nothing further could be done and Shaw died on May 21.

Earlier in the hearing, pathologist Tuomo Polvikoski told the coroner that Shaw was fit and healthy before receiving the vaccination. 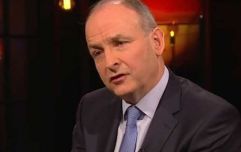 END_OF_DOCUMENT_TOKEN_TO_BE_REPLACED

Asked about the underlying cause of the fatal clotting on her brain, Dr Polvikoski said the clinical evidence "strongly supports the idea that it was, indeed, vaccine-induced".

"Based on available clinical information, it seems to be the most likely explanation," the pathologist added.

popular
A clip has resurfaced of Machine Gun Kelly discussing a teenage Kendall Jenner
Seems sudden? This is why the restrictions have completely lifted this soon
People are only realising Kendall Jenner and Gigi Hadid are related and the reactions are gas
Worried about a loved one? Here are 5 signs of suicide to look out for
FBI reveal that Brian Laundrie is responsible for Gabby Petito's death as they discover notebook
A documentary about two Irish boys who skipped school to go to New York is coming soon
These are the top baby names for 2022
You may also like
1 week ago
"No change" to 8pm hospitality closing time yet, says Eamon Ryan
1 week ago
Repeated Covid boosters not a sustainable strategy, says WHO
1 week ago
Taoiseach rules out mandatory vaccines as voluntary system favoured
1 week ago
New study shows where exactly you're most likely going to catch Covid
2 weeks ago
HSE apologises to high-risk children over vaccine error
2 weeks ago
Gal Gadot finally apologises for that horrendous 'Imagine' cover
Next Page