Viewers voiced their opinions for both sides of the referendum well into the night.

On Friday night, 28 April, Ryan Tubridy invited a number of guests on to The Late Late Show in order to bring about the first televised debate over the referendum to repeal the Eighth Amendment of the constitution.

From viewers' reactions, the person most talked about following the end of the debate was Doctor Peter Boylan, the former Master of the National Maternity Hospital in Holles Street, and is currently the chairman of the Institute of Obstetricians and Gynaecologists. 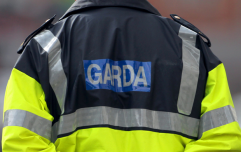 END_OF_DOCUMENT_TOKEN_TO_BE_REPLACED

In the week leading up to the show, the Save The Eighth campaigners had called on Doctor Boylan to resign from his position, launching a petition on their website as a reaction to comments he had made in an interview recently in Hot Press Magazine.

At the time of writing, RTE have not yet provided any video links on their YouTube or Twitter channels to any of the discussions between the guests on the show regarding the debate, but the online reaction between viewers is still ongoing:

I felt the @RTELateLateShow was calm and respectful and @RyanTubridyShow did a good job at moderating. I'm starting to really get the feeling that most Irish people are feeling that this legislation goes too far #8thAmendment #latelate

Calm, reasoned, evidence based logic from YES vs emotive manipulative falsehoods from people who seek to impose their personal and religious moral views on others from NO...Well done Dr Peter Boylan and #repealthe8th side. #VoteYes #8thref #latelate #LateLateShow

I don’t understand how this woman from the No campaign in the audience has been affected by the 8th amendment. She chose to have her baby. #latelateshow

This is a debate about healthcare between an obstetrician and a GP on one side, and a presenter of a religious radio station and failed election campaign manager on the other. That should probably say enough in itself #LateLateShow

Boylan is a liar. No women have died as a result of the 8th. He needs to resign. Savita hubby says don't use her death to push abortion in Ireland. Boylan has no respect. #SaveThe8th #VoteNo #LateLateShow

In terms of campaign strategy the No side made a serios error with the mother in the #latelateshow audience who didn't have a passport and then whose abortion pills didn't arrive in the post. Such a weak tale

Girls With Goals || Her · Ep.161: Feeling Peachy - Sharon Keegan of Peachylean on being an absolute BOSS!
popular
The DIY frozen coffee recipe that's so delicious you'll never pay for an iced latte again
Someone has ranked the penis size of men from all over the world
How to INSTANTLY unblock your stuffy nose (we swear this works)
5 best road trips to do in Ireland this summer
Here's what happens on every day of your menstrual cycle (roughly)
Drunken strawberries is the surprising summer treat we all need in our lives
So are we dating?... 10 signs it's time to define your relationship
You may also like
4 days ago
Myleene Klass to explore "dark secret" of miscarriage in new documentary
4 days ago
Family of baby girl killed in dog attack thanks community for support
5 days ago
Liam Payne opens up about hitting "rock bottom" during One Direction days
5 days ago
Man charged with murder of wife who disappeared 40 years ago
6 days ago
Carey Mulligan and Zoe Kazan to star in film about Weinstein scandal
6 days ago
Postmortem to be carried out on baby girl who died in dog attack
Next Page