'They have blackened my name': Tyrone hotel owner on his arrest for suspected drug possession

The Tyrone hotel owner who was "de-arrested" after being questioned on a suspected drugs haul has said there was no basis for the suspicions.

Michael McElhatton, 52, was arrested yesterday after police found what they thought to be Class A drugs at his home.

He was held for possession with intent to supply but was later de-arrested when a forensic examination ruled out this possibility.

END_OF_DOCUMENT_TOKEN_TO_BE_REPLACED

"I am shocked and horrified that the powdery substance taken by police from the laundry in my house could be drugs," Mr McElhatton told the press last night.

“Despite there being no basis to these suspicions, they have blackened my name and caused so much upset for so many people especially those who are grieving and distressed over the events at the Greenvale Hotel.”

Mr McElhatton owns the Greenvale Hotel in Cookstown where three teenagers died in an apparent crush on Sunday night. 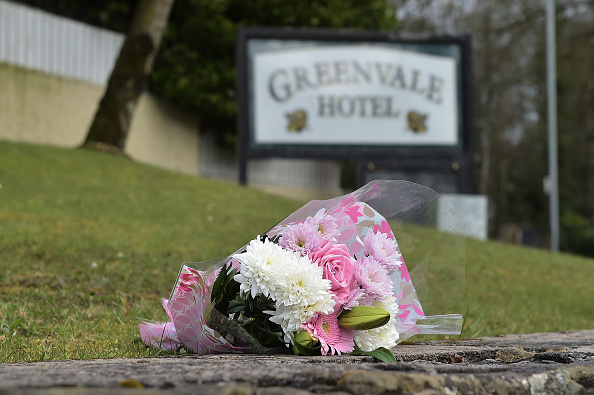 "While I wished to respect the ongoing investigation by the police into the tragic deaths of the three young people at the Greenvale Hotel on St Patrick’s night, I have no choice but to make it completely clear that I have nothing whatsoever to do with drugs," he continued.

“I can assure everyone that whatever any suspicions the police have raised about me in relation to anything to do with drugs is totally without any basis."

The PSNI last night said that they de-arrested Mr McElhatton over the drug issue, hours after announcing that they had made a suspect discovery at his home.

In a statement, Assistant PSNI Chief Constable Mark Hamilton said the drug arrest "was in good faith and in line with procedure".

Says "the actions taken were in good faith and in line with procedure". pic.twitter.com/A7TQ8KGvS1

Mr McElhatton and a 40-year-old man are still in custody on suspicion of manslaughter in relation to the deaths of teenagers Lauren Bullock (17), Connor Currie (16) and Morgan Barnard (17) outside a St Patrick's night disco at the hotel.

Girls With Goals || Her · Ep.151: 'A Story Shared' - Aoife P. Rafter on blogging during a pandemic and living with CF
popular
Around the world: The most popular baby names in major cities across the globe
"The female gaze is brilliant:" Why Phoebe Dynevor is proud of Bridgerton's sex scenes
Matt LeBlanc And Matthew Perry Reveal Reason Why They Didn’t Attend Jennifer Aniston’s Wedding
Netflix announces new true crime documentary series: The Vanishing At The Cecil Hotel
Here's what happens on every day of your menstrual cycle (roughly)
Someone has ranked the penis size of men from all over the world
When will lockdown end in Ireland?
You may also like
2 days ago
Schools could reopen for children with special needs next week
2 days ago
Pet foods recalled after 70 dogs die in US
2 days ago
Irish people are smoking more since start of pandemic, says study
3 days ago
When will lockdown end in Ireland?
3 days ago
The women of Ireland have always deserved better
3 days ago
Taoiseach Micheál Martin issues apology to Mother and Baby Homes survivors
Next Page