Boohoo is in trouble for 'photoshopping' a size 10 model's waist

Boohoo is one of the most popular online clothing brands out there - but it's just been accused of heavily editing an image of one of its models.

A shopper has shared two identical images of a model from the Boohoo app, one of which has been edited to make the model's waist appear thinner. 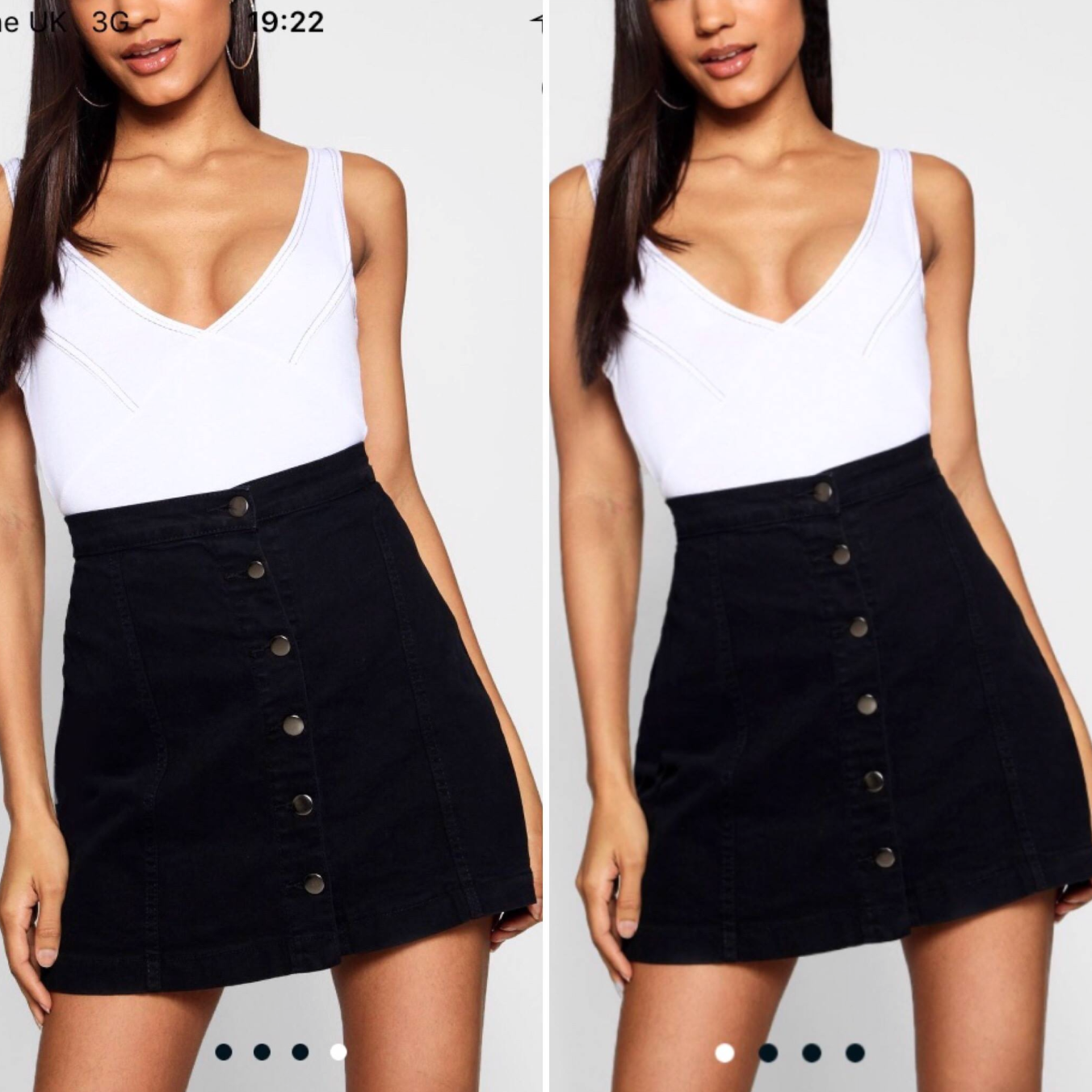 The website states that the model is wearing a size 10.

Ella Sophie Thorpe, who posted the pictures to Facebook, said that she was disgusted.

"So supposedly boohoo.com are about empowering #AllGirls, yet they feel the need to significantly Photoshop the waist smaller on a size 10 model?," she wrote.

"Next time, maybe avoid uploading the original photo to your app as well as the edited one…"

Boohoo has not responded to the accusations.

The brand has previously been in hot water over its #AllGirls campaign.

Critics pointed out that the 2017 campaign didn't include any plus-size, disabled or trans women or anyone over the age of 30.

I absolutely cannot with brands being disingenuous when it comes to inclusivity and "body positivity". You either go hard or go home, but stop preaching #allgirls when you only care about white, slim girls. #boohoo

Remember the @boohoo #allgirls campaign? LOL at how quickly that was side lined.

Boohoo has also been called out in the past for imposing a so-called 'fat tax' on plus size items.

Charging more for plus sizes is not #allgirls and not OK. C'mon @boohoo ?#FTBOWM pic.twitter.com/q7PNOD4vxS

popular
Charlie Bird says he "cries every day" as he struggles to cope with MND diagnosis
Real Housewives of Johannesburg star Naledi Willers dies aged 30
Boris Johnson announces birth of "healthy baby girl"
Concerns over travel restrictions this Christmas due to “significant numbers” of Omicron
Marty Morrissey to take a step back from RTÉ after tragic death of mum Peggy
Schoolboy placed in isolation for putting hair in plaits like female classmates
New Zealand planning to ban cigarette sales to future generations
You may also like
1 week ago
Juicy Couture has officially launched at Brown Thomas and Arnotts
1 week ago
You can now get an Aperol Spritz Christmas jumper – and we predict a sell-out
2 weeks ago
Meet the Cork siblings behind a wheelchair-inclusive fashion brand
2 weeks ago
IKEA goes Green for Black Friday – to encourage 'thoughtful consumption'
3 weeks ago
You can soon buy the nightie Jennifer Garner wears in 13 Going on 30
1 month ago
Declutter your wardrobe: 5 tips from the experts on maximising your space
Next Page