Fans of Stephen Gately came together to remember him at an anniversary mass marking ten years since his death today.

The singer passed away on 10 October 2009 in Mallorca after suffering a pulmonary oedema caused by an undiagnosed heart defect.

Today his mother Margaret was joined by dozens of fans at St Lawrence O’Toole Church on Sheriff Street in Dublin, close to where Stephen grew up.

Speaking afterwards, she said she was grateful that so many people had turned up to remember her son.

"It’s very, very sad, but I will see him again," she told Independent.ie. 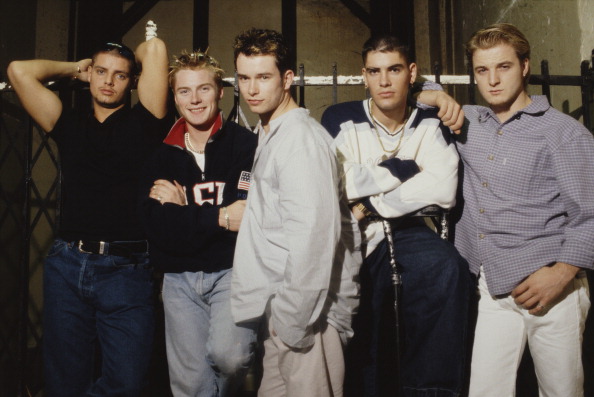 Life of Pi and Slumdog Millionaire actor Irrfan Khan has passed away, aged 53

END_OF_DOCUMENT_TOKEN_TO_BE_REPLACED

None of Stephen's bandmates were able to attend the mass though they did share tributes to him on social media.

"Miss you bro," Ronan Keating wrote on Instagram, posting a number of photos of Stephen.

Keith Duffy meanwhile shared a photo of himself and Stephen together on stage and wrote; "Chance made us Colleagues, love and laughter and fun made us best friends.

"I miss you brother 10 years ago today the good lord deemed you to good for this world, He needed an angel in heaven ! Today I celebrate and reminisce all the fun and laughter ups and downs . I love you Steo and I pray you continue to look over me."


popular
QUIZ: How well do you remember Angus, Thongs and Perfect Snogging (the movie)
Debby Ryan got married and her dress was absolutely stunning
Lidl will be selling wine cooler handbags with a secret nozzle soon and, absolute scenes
Here is everything that is going to be coming to Netflix in June
The 'romantic' gifts Meghan Markle and Prince Harry exchanged for their second wedding anniversary
Netflix's Sweet Magnolias is the perfect series to bingewatch this weekend
So, William and Harry have a step sister... and who knew?
You may also like
1 week ago
Duffy felt 'liberated' after sharing kidnapping ordeal, encourages fans to talk
1 week ago
'Not just a celebration': Creators of Avocado Toast the series talk sex, sexuality, and swinging
1 month ago
'Until we meet again' Samantha Mumba shares tribute to dad who passed away last month
1 month ago
Cork girl battled cancer at 20 months old - now she and her mum are fighting for research funding
1 month ago
#Covid-19: 36 further deaths, 345 new cases of coronavirus in the Republic of Ireland
1 month ago
#Covid-19: 16 further deaths, 370 new cases of Coronavirus in Ireland
Next Page