Bus Éireann drivers to return to work with immediate effect

The news comes immediately after SIPTU members in Dublin Bus voted in favour of taking industrial action in support of their colleagues at Bus Éireann.

Striking Bus Éireann drivers are to lift pickets immediately, following the issuing of a Labour Court recommendation in the wake of deliberations at the Workplace Relations Commission on Wednesday night.

A statement released by Bus Éireann Trade Union Group on Thursday confirmed that, in conjunction with a requirement that the Labour Court placed upon all Trade Unions in Bus Éireann, that striking workers are to lift pickets immediately and return to their place of employment with immediate effect. 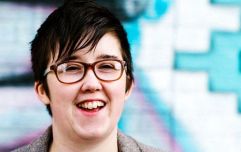 END_OF_DOCUMENT_TOKEN_TO_BE_REPLACED

The statement added that members will require sufficient time to reflect upon the recommendation before a ballot is conducted to decide whether it should be accepted or rejected.

National Bus and Rail Union Chief Dermot O'Leary confirmed that the Labour Court had issued its recommendation across a range of grades and that their contention that a major cultural change is imminent has been borne out by the recommendation.

@DermotLeary Labour Court Issue Recommendations in Bus Eireann Dispute.Staff should be given appropriate time and space to understand detail pic.twitter.com/kT2StAbUrI 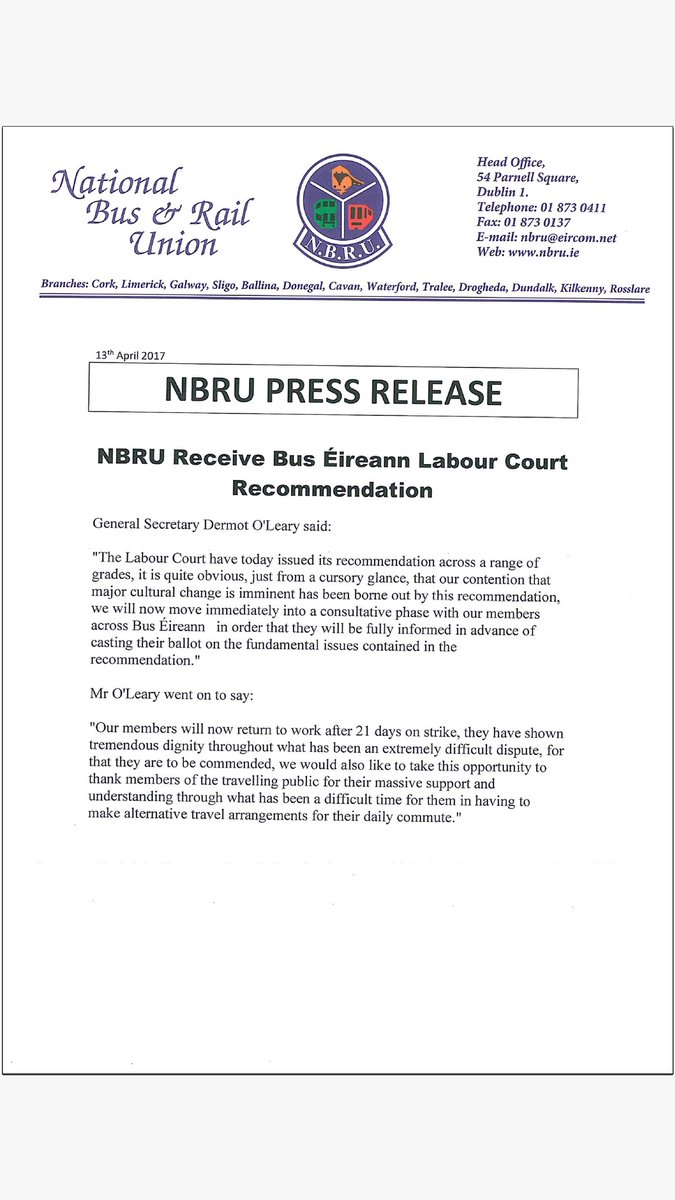 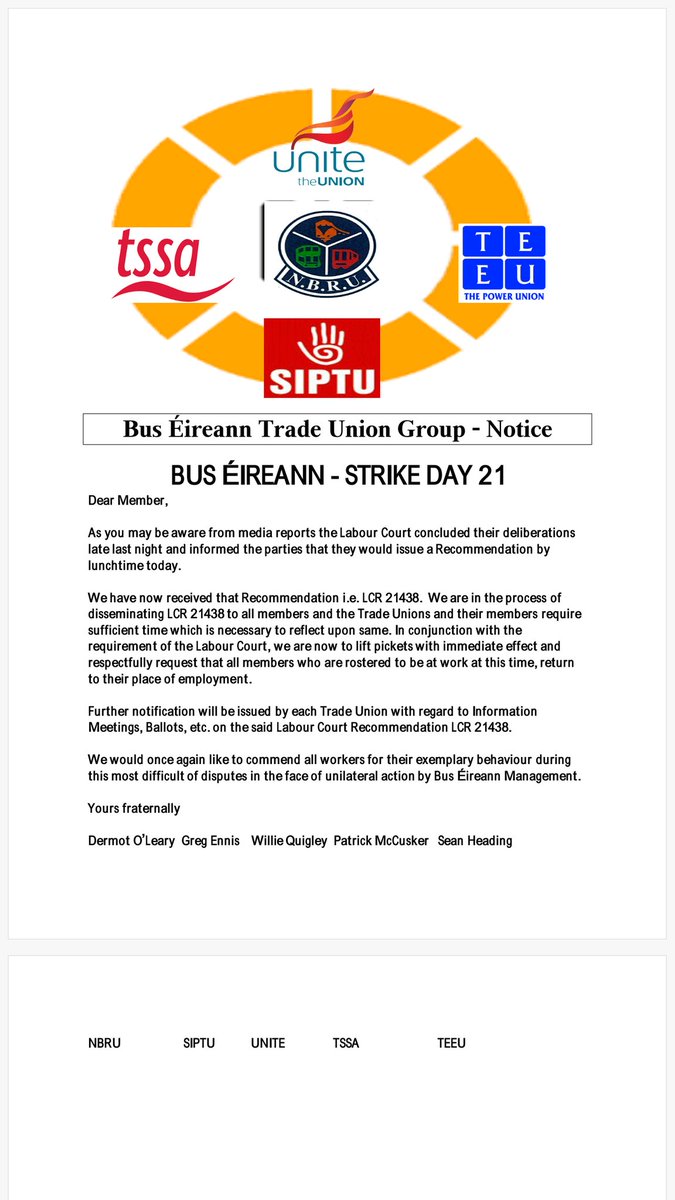 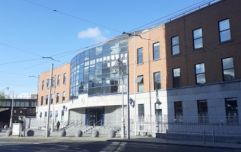 END_OF_DOCUMENT_TOKEN_TO_BE_REPLACED

The news came almost immediately after it emerged that SIPTU members in Dublin Bus voted by 67% to 33% in favour of industrial action in support of their Bus Éireann colleagues.

Essentially, this means that the Dublin Bus strike is on hold for the moment.

Should Bus Éireann workers reject the recommendation of the Labour Court, however, SIPTU members in Dublin Bus will be in a position to go on strike, having already served notice of their intention to take industrial action.

As you may be aware from media reports the Labour Court concluded their deliberations late last night and informed the parties that they would issue a Recommendation by lunchtime today. 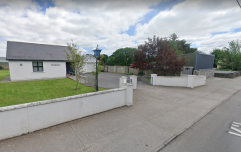 END_OF_DOCUMENT_TOKEN_TO_BE_REPLACED

We have now received that Recommendation LCR21438 We are in the process of disseminating LCR21438 to all Trade Unions members in Bus Éireann. Members will require sufficient time to reflect upon the recommendation before a ballot is conducted on its acceptance or rejection.

In conjunction with a requirement that the Labour Court placed upon all Trade Unions in Bus Éireann, we are now to lift pickets with immediate effect and respectfully request that all members who are rostered to be at work at this time, return to their place of employment.

Further notification will be issued by each Trade Union with regard to Information Meetings, Ballots, etc. on the Labour Court Recommendation.

We would once again like to commend all workers for their exemplary behaviour during this most difficult of disputes which was provoked by the unilateral action of Bus Éireann Management.