Calls for puppy farming and smuggling to be addressed in Ireland

"Puppy farming in Ireland is our biggest animal welfare problem."

Irish animal welfare laws must be improved upon to include illegal puppy smuggling, politicians have heard.

A representative from the Dublin Society for Prevention of Cruelty to Animals (DSPCA) told the Joint Committee on Agriculture, Food and the Marine that puppy farming is the biggest animal welfare problem his organisation has ever faced. 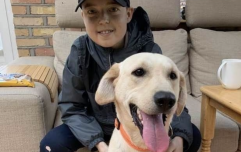 END_OF_DOCUMENT_TOKEN_TO_BE_REPLACED

The committee had met to discuss how well the Animal Health and Welfare Act 2013 had prevented and dealt with cruelty to animals so far.

But DSPCA's Brian Gillen said the legislation is not enough as it does not cover puppy farming.

"It is puppy farming in Ireland that is our biggest animal welfare problem that has not been addressed properly," he said.

“The DBE [dog breeding establishment] legislation is not administered by the Department of Agriculture.

"It would make more sense to have the Department of Agriculture take on responsibility for DBEs.”

He said that his organisation has evidence that a number of dog breeders in Ireland are actively involved in exporting puppies.

“What that means is in terms of the trade and transport, the idea of transporting very young puppies, six to eight weeks old, across borders is abhorrent. 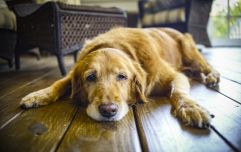 DSPCA urges people not to abandon their older pets

END_OF_DOCUMENT_TOKEN_TO_BE_REPLACED

“It is pure cruelty as far as we are concerned. The whole industry is based on the concept of cruelty to animals and deception of the consumer.

Mr. Gillen added that the mutilation of pets, such as cropped ears, needs to banned immediately.

Last month, a BBC Spotlight documentary exposed the extent of puppy smuggling and puppy farms in Ireland, showing how dogs bred in Ireland are moved across the border and then into the UK.

It is so rampant, in fact, that experts believe some criminals have ditched the drug trade to focus exclusively on the puppy trade instead - an industry which is estimated to have a value of £150 million a year.

popular
Here are all the Instagram accounts of the stars of Netflix's Cheer
A celebrity hairstylist just shared a genius hack for the perfect messy bun
16 and Pregnant star Jordan Cashmyer dies aged 26
Someone has ranked the penis size of men from all over the world
Gardaí seize two cars linked to Ashling Murphy death as they question new suspect
Irish in Sydney shaken by Ashling Murphy murder
This is the easiest way to determine you may have VIKING heritage
You may also like
3 months ago
DSPCA join custom authorities to stop illegal puppy trade
3 months ago
Fisherman rescues puppy thrown into canal in bin bag
5 months ago
Puppies rescued from back of 20 degree van in heatwave
8 months ago
DSPCA seize over 140 animals kept in cages from Dublin petting farm
8 months ago
New RTÉ series goes behind the scenes at the DSPCA and it looks ridiculously adorable
9 months ago
PICS: 13 puppies rescued from cramped cage at Dublin Port
Next Page