Carbon Nightclub in Galway is closing down after nine years

Carbon Nightclub in Galway have announced that they are shutting down after nine years.

The iconic nightclub will be closing its doors for the final time on 21 August this year.

In a statement posted on their Facebook page, Carbon thanked everyone who attended the nightclub and all of their staff, while also wishing luck to the future owners.

It read: "We have thoroughly enjoyed nine prosperous years operating as one of Galway's best-loved student nightclubs.

"For many of you, Carbon represents fond memories of your time spent in Galway and we would like to sincerely thank you for your patronage over the years, without you it just wouldn't have been possible. It has been a pleasure to have been part of your journey and we have made some great friends along the way. 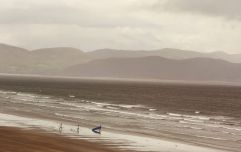 Two women survive 15 hours in the water in Galway Bay

END_OF_DOCUMENT_TOKEN_TO_BE_REPLACED

"Of course, without our amazing staff, none of this would have been possible. We would like to thank each and every one of our staff members over the years for their hard work, loyalty and dedication. It is fair to say that a Carbon family now exists and friends have been made for life.

"Finally, we would like to wish the new owners every success in the future and we have no doubt that they will further enhance Galway's bustling nightlife."

They also encouraged people to come in over the next six weeks, saying that they will be playing host to a number of nostalgic events to celebrate the nightclub's legacy.

popular
The Queen has banned Meghan Markle from wearing any of Princess Diana's jewellery
Will there be a second season of Gilmore Girls: A Year In The Life? Here's what we know
QUIZ: How well do you really remember the first episode of Sabrina The Teenage Witch?
"Like botox, but without needles" – I tested Gua Sha, and the results were impressive
10 Dublin restaurants with outdoor areas we'll be hitting up for the next 3 weeks
'Beard-baiting' is now apparently a dating trend - and we're all for it
WATCH: Simone Biles just did a triple backflip, a move not even recognised in women's gymnastics
You may also like
1 month ago
Staycation: Here's the hidden gem that makes Galway the perfect getaway
6 months ago
#CuratedWithCassie: Can 'face yoga' really take years off you - and what the hell is sparkling tea?
6 months ago
Sixth class students in Galway school told to stay home due to potential coronavirus exposure
6 months ago
Details of Prince William and Kate Middleton's visit to Ireland have been released
6 months ago
#CuratedWithCassie: Our new episode is all about Irish-made skirts and skincare... for guys
8 months ago
Irish company sees productivity increase by 27 per cent after introducing four-day week
Next Page