Eden passed away in September.

Last night's episode of Prime Time saw the parents of Eden Heaslip pay tribute to their son, who passed away last September, two weeks after he turned 18.

Over the past week, Maggie and Raymond Heaslip have been speaking about the bullying their son endured, and the impact it had on him.

END_OF_DOCUMENT_TOKEN_TO_BE_REPLACED

Together with Eden's siblings Chloe and Finn, the Cavan family spoke about how Eden was the "character of the family", and how their lives will "never be the same" now that he's gone.

The family shared memories of Eden on the show. They recalled how he loved watching movies, and how he was a happy-go-lucky child.

They also shared that Eden loved music and was able to do a brilliant impression of one of his favourite musicians, AC/DC's Angus Young.

His love of music and film only got stronger as he became a teenager. Eden also had a keen interest in cars - in fact, he wanted to be a car mechanic when he grew up. His father even created a car pit for both of his boys to enjoy working on. 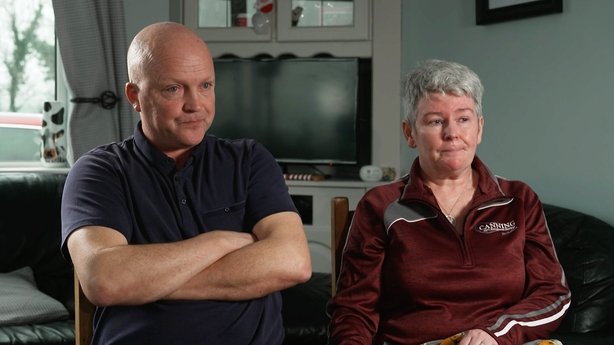 END_OF_DOCUMENT_TOKEN_TO_BE_REPLACED

His father had hoped that Eden and his brother could spend time working on cars in the evening to "clear the head and get away from things for a while".

The young man was a big fan of hurling, and, as one of his grandmother was a Galway native, he supported the Galway team. He looked up to the now retired hurler Joe Canning and even got a chance to meet him the National Ploughing Championships. His family members recalled how the photograph was one of his prized possessions.

The family also addressed how he became unhappy when he entered secondary school, and Maggie spoke about the impact the bullying had on her son.

END_OF_DOCUMENT_TOKEN_TO_BE_REPLACED

She said: "Somebody's banter is somebody else's pain. Maybe these young fellas think, ‘oh, it's only banter, I didn't really mean it,’ but if you were getting it all the time, every day, it is pain. And I know that, from Eden, it was pain for him."

If you have been affected by any of the issues raised in this article, support is available. You can contact Samaritans on 116 123 or email jo@samaritans.ie. You can also contact Pieta House on 1800 247 247 or Text HELP to 51444.