More will be known next week.

Government officials have been warned that the threat of the new Omicron variant could bring an uncertainty when it comes to international travel over the Christmas period.

Chief Medical Officer Tony Holohan told a meeting on Wednesday that the incidence of Covid-19 transmission in the community remains high, and the future of the new variant is unknown. 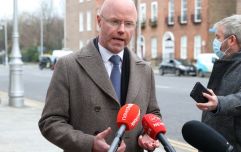 END_OF_DOCUMENT_TOKEN_TO_BE_REPLACED

The Irish Times reported that there is also a fear that the situation in Ireland could become as bad as Britain, with cases of Omicron doubling each day.

It is believed that the threat of the variant could prompt new restrictions on international travel to be brought in for the Christmas period. 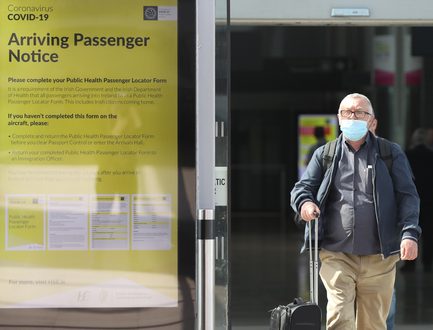 While Dr Holohan did not indicate that Nphet would be proposing new restrictions, sources have said that it could be a possibility from next week as more data will have been gathered by then on the variants spread.

One senior figure in the government said that Omicron could now be in the country "in significant numbers", only weeks after the first case was confirmed here.

Dr Holohan has also expressed concern over the spread of the new Covid variant in the UK and within other European countries.

While there is concern looming, vaccine producer Pfizer has said that tests are now showing that their booster dose gives enhanced protection against Omicron.

popular
Women are rinsing their hair in apple cider vinegar – and the results are amazing
"Hair contouring" is about to be huge, here's everything you need to know
The Puppet Master: Where is Robert Hendy-Freegard now?
New photo of Bernadette Connolly released as investigation continues
Here is how your trendy bath bombs are actually really bad news for your vagina
Damian Lewis pays touching tribute to late wife Helen McCrory with Irish poem
Love is in the air: 3 new fragrances we love – just in time for Valentine's Day
You may also like
6 days ago
Taoiseach says "people can be positive" about Covid restrictions lifting
1 week ago
Curfew on pubs and restaurants likely to be lifted from start of February, says Taoiseach
2 weeks ago
"No change" to 8pm hospitality closing time yet, says Eamon Ryan
2 weeks ago
Repeated Covid boosters not a sustainable strategy, says WHO
2 weeks ago
Taoiseach rules out mandatory vaccines as voluntary system favoured
2 weeks ago
New study shows where exactly you're most likely going to catch Covid
Next Page