Cop fired for roughly handcuffing and dragging nurse out of hospital

A policeman caught on video roughly handcuffing a nurse because she refused to allow blood to be drawn has been fired.

A spokesperson for the Salt Lake City Police Department said Detective Jeff Payne was fired after an internal investigation found he violated department policy when he arrested nurse Alex Wubbels at the University of Utah Hospital on July 26.

His supervisor, Lt James Tracy, was demoted to officer, according to ABC News.

The case caught worldwide attention after the body camera video from the officers was released by nurse Wubbels and her lawyer in late August. 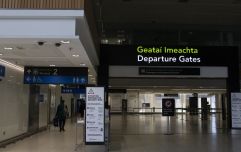 END_OF_DOCUMENT_TOKEN_TO_BE_REPLACED

The short clip showed her explaining hospital policy, which required a warrant or formal honest to draw blood from a patient who had been injured in a car crash.

The patient in question was not suspected of any wrongdoing.

According to the New York Post, he was an off-duty reserve Idaho police officer driving a semitrailer that was hit by a man trying to escape police in a pickup truck.

Payne persisted, telling Wubbels that the evidence would in fact protect the man. He told the nurse that his supervisor said he should arrest her if she didn't allow the man's blood to be drawn.

Tracy arrived at the scene after Wubbels was handcuffed and arrested that she should have allowed the blood to be drawn.

Both officers were under investigation and placed on administrative leave after the video was released earlier this summer.

Girls With Goals || Her · Ep.155: 'Bits of Me' - Linnea Dunne on the importance of women's health
popular
Scarlett Moffatt discovers ‘30% rain’ on weather app doesn’t mean chance of rain
Two elderly men found dead as Gardaí "urgently" search for red van in Cork
Anne Hegarty shook by "worst ever" final Chase
Princess Anne: Harry and Meghan were right to quit royal duties
Jesy Nelson "mentally bullied" herself during Little Mix years
Lady Gaga's dog walker shot as her two dogs are stolen
Baileys chocolate cupcakes are coming just in time for Mother's Day - and any day, really
You may also like
1 month ago
Armie Hammer drops out of Jennifer Lopez film amid social media controversy
1 month ago
Cori Bush denounces Trump as "white supremacist" to chorus of boos during second impeachment
1 month ago
US executes first woman on federal death row in nearly 70 years
1 month ago
Thousands of protesters have broken into US government building Capitol Hill
2 months ago
Three police officers shot dead in France
2 months ago
Rare Harry Potter and the Philosopher's Stone first edition book sells for over €70,000
Next Page