Taoiseach Micheal Martin has said that he is hopeful Ireland's hospitality sector will be allowed open after 8pm from the start of February.

Appearing on Friday night's Late Late Show, the Taoiseach said that restrictions may be eased in a matter of weeks.

END_OF_DOCUMENT_TOKEN_TO_BE_REPLACED

When asked by host Ryan Tubridy if pubs will be allowed to open after 8pm from 1 February, the Taoiseach replied: "I would hope so."

"I don't want to make any decision today," he continued. "If we continue to make the progress we are making we will be able to look favourably on stuff like that.

He added that he is optimistic about the future as the Omicron strain of Covid is now stabilising here in Ireland. 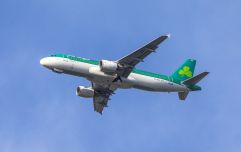 END_OF_DOCUMENT_TOKEN_TO_BE_REPLACED

"To be straight with you, it is stabilising here, the progress is clear to be seen now, the hospital levels are certainly stabilising and how seriously ill people are is certainly down on previous waves.

"Hospitalisations are stable, Omicron has not penetrated ICU to the degree that people feared, quite a lot of the ICU numbers are still Delta patients.

"I think we are going to get stronger in 2022, vaccines have been a game changer and the booster has helped with Omicron. 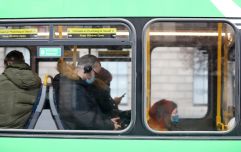 END_OF_DOCUMENT_TOKEN_TO_BE_REPLACED

"Take it steady over the next week or two, I think by the end of next week we will be in a position to make decisions in terms of restrictions."

He also gave an update on the Leaving Certificate, saying that the possibility of a hybrid Leaving Cert has not yet been ruled out but an official decision will be made in the coming weeks.

He added that there will be "wider choice" of questions on the Leaving Cert papers this year.

popular
Dami explains why he was "angry" during the Love Island reunion
Jacques O'Neill addresses Paige and Adam's relationship on Instagram
Emmerdale actor Sam Gannon dies aged 31
John Travolta pays moving tribute to Olivia Newton-John
Woman (20s) stabbed fives times in attack in Co. Kerry
Barry Keoghan announces the name of his baby boy
Deborah Meaden urges fans to be vigilant for signs of skin cancer
You may also like
1 month ago
Kate Garraway says her husband Derek is back in hospital
2 months ago
Two cases of new Covid variant confirmed in Ireland
3 months ago
Severe Covid can cause brain impacts equivalent to ageing 20 years, study finds
3 months ago
Ireland likely to see another big Covid surge within weeks, says WHO
3 months ago
Luke O'Neill says vaccines are working to fight against new Covid strain
3 months ago
Explained: What's happening in Shanghai?
Next Page