He was last seen on Saturday.

Police in Denmark are currently searching for an Irish man who went missing over the weekend on his way home.

29 year old Peter Burns was out socialising with a few work colleagues in central Aarhus on Saturday night when he left to walk home but has not been seen or heard from since. 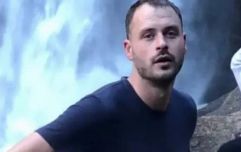 END_OF_DOCUMENT_TOKEN_TO_BE_REPLACED

East Jutland Police have issued a statement to confirm that Peter, originally from Dunboyne in Co. Meath, has been reported missing on Sunday evening.

He reportedly left a bar in Jægergårdsgade some time between midnight and 1am and has not been seen since, the statement read.

He is described as being around 1.8m tall with short brown hair and a short beard, and was last seen wearing a black winter jacket, dark jeans and had a backpack.

Police are also asking that businesses at Strøget and surrounding areas check their CCTV footage from the night he went missing. 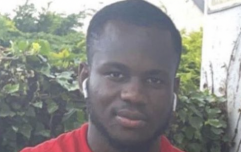 END_OF_DOCUMENT_TOKEN_TO_BE_REPLACED

Also speaking to RTÉ News, Ian Daly, who once worked with Peter at Dunboyne Castle and Sidewalk Catering has described the chef as someone who is "dedicated to his profession."

END_OF_DOCUMENT_TOKEN_TO_BE_REPLACED

He said: "For Peter not to have turned up for work, that is the most worrying part. That is so out of character for him."

He went on to say that Peter had only been living in Denmark for around two months and had recently started a new job at a French bistro.

Ian and other friends of Peters have been making appeals online for anyone with information to come forward as it might help police with their investigation.

popular
Irish girls name was the most used Irish name in the United States last year
Viewers call out Love Island girls after they exclude Danica and Indiyah
Ofcom receives 75 complaints over Jacques' treatment of Ekin-Su
Love Island: Danica sets her sights on Andrew as Luca asks Jacques about his relationship with Gemma
Love Island fans in stitches after spotting two Damis in one scene
Prince William shouts at photographer who was "stalking" his family
Michelle Heaton shares candid shots to celebrate milestone in sobriety journey
You may also like
1 month ago
Missing teenager in Carlow found safe but search still on for sister
2 months ago
"Slim hope" that missing woman Katie Kenyon will be found alive
2 months ago
Man arrested in the UK in connection with disappearance of woman
2 months ago
Detective believes missing woman Annie McCarrick was killed by a serial killer
3 months ago
Police launch search for missing child last seen wandering the street at night
3 months ago
Family appeal for Irish man missing in the Netherlands
Next Page