How could you not be romantic about football?

There are few things as beautiful in this life as watching someone's unrelenting obsession with what most people would just call a game.

The road to Croke Park consumes the people of Ireland and it doesn't matter if you're a junior club player or a senior inter-county star, we're united and divided by the same desire to get hands on the holy grail, whatever that may be.

END_OF_DOCUMENT_TOKEN_TO_BE_REPLACED

Across three finals on Sunday, ladies footballers from all over the country had the opportunity to turn their own dreams into a reality and showcase the sport to the rest of the land and show that it would do justice and then some to the great battles that echo on Jones' Road now.

The first game - a junior decider between Derry and Fermanagh - ended in a thrilling draw with the Oak Leaf county squandering a nine-point lead despite player of the match Emma Doherty's best efforts. The midfielder finished with five points for her day's work. 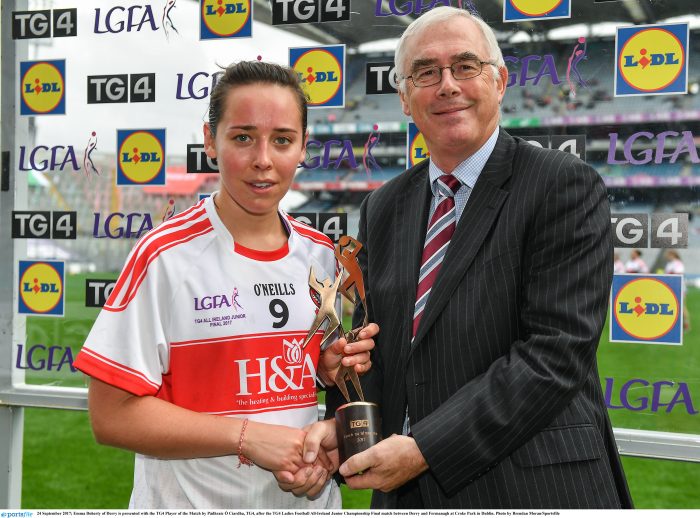 But, whilst both counties will have to do it all again, not everything was left up in the air. 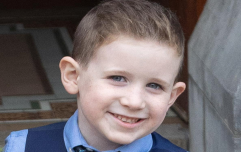 END_OF_DOCUMENT_TOKEN_TO_BE_REPLACED

Doherty's club mate Ciara McGurk, who hit the Fermanagh net in the first half, had massive cause for celebration afterwards when she was presented with a ring and a question.

The Steelstown star - a former ladies football All-Star - met her partner Ryan McCloskey on the pitch, with Ryan going down on one knee and asked for her hand in marriage.

Thankfully, for his sake and the thousands in attendance, she said yes. 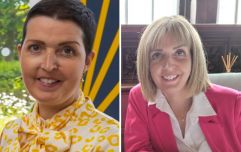 Vicky Phelan "holding her own" as she shares health update

END_OF_DOCUMENT_TOKEN_TO_BE_REPLACED

Anytime you get a chance to visit Croke Park, it's a special occasion.

If you've ever been lucky enough to step foot on its soil, never take it for granted.

Now, for Ciara McGurk and Ryan McCloskey, it will hold the memory of the moment their lives changed forever.

Who said romance is dead? 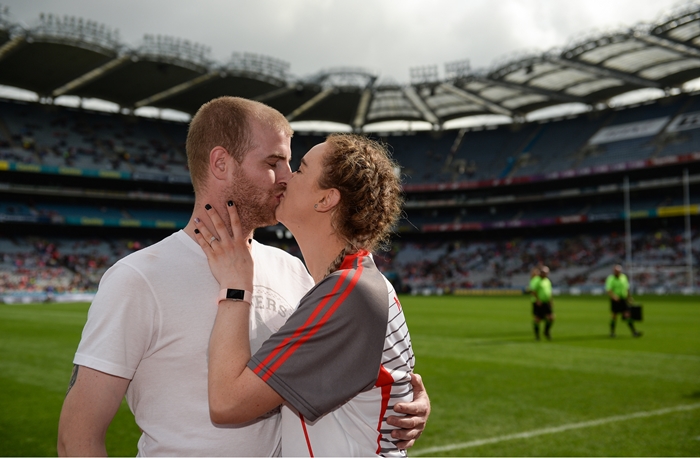 popular
Fans think they've figured out why Paige is so upset in tonight's Love Island
Gemma Owen gets to know Jack Keating as her head turns on tonight's Love Island
Ofcom has received nearly 800 complaints about Love Island so far
Ronan Keating worried about son Jack as he is "quiet" on Love Island
Penneys has a perfect dupe for Charlotte Tilbury's Flawless Filter foundation
So it seems Ekin-Su once competed as Miss Ireland before Love Island fame
Samuel gives his take on Paige and Jacques while Tasha cracks on with Billy in Love Island tonight
You may also like
1 week ago
7-year-old Irish girl dies after incident in Spanish hotel pool
2 weeks ago
Mass in Mayo church goes viral after spooky incident happens over livestream
3 weeks ago
Vicky Phelan "stable enough" to enjoy special family holiday in Spain
3 weeks ago
Flexible working, child sick days – the proposed Work Life Balance Bill is a game-changer
3 weeks ago
Kellie Harrington to receive Freedom of Dublin this weekend
4 weeks ago
No flights missed due to queues this weekend, Dublin Airport claims
Next Page