A documentary about Kerry CNN reporter Donie O'Sullivan is coming

Kerry's very own Donie O'Sullivan is getting his own documentary.

If you haven't heard of Donie before, where have you been? The Kerry CNN reporter rose to internet stardom when he covered the storming of the US Capitol. 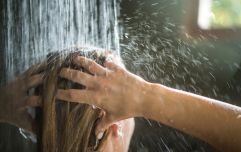 END_OF_DOCUMENT_TOKEN_TO_BE_REPLACED

And now that he's been nominated for an Emmy, a documentary is set to hit our screens showing his rise to the spotlight and the tough job he had reporting the incident back in January.

The Caherciveen man's latest piece of media is all about him, with Capitol Man set to air on RTÉ this autumn. 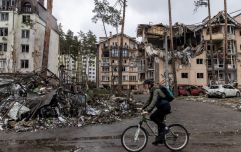 END_OF_DOCUMENT_TOKEN_TO_BE_REPLACED

Previously working at Storyful in both New York and Dublin, Donie has been with CNN since 2016, working with their investigative journalism team.

He was nominated for an Emmy last month for his April 2020 story of how US military reservist Maatje Benassi ended up at the centre of a patient-zero conspiracy theory.

This new RTÉ documentary is one of many coming to the broadcaster over the next few months, with different features coming out about crime, social issues, history, politics, religion, science and climate change. 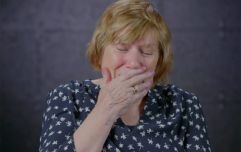 END_OF_DOCUMENT_TOKEN_TO_BE_REPLACED

"This may be our most exciting Factual line-up to date. Despite an incredibly challenging year for production, the teams internally in RTÉ and at the many independent companies we work with, have truly excelled and delivered a wonderful selection of documentaries and factual programming for the new season," RTÉ’s group head of Factual Seán Mac Giolla Phádraig said.

"There are so many highlights for viewers: from Conor Ferguson’s beautiful tribute to his much-missed wife Keelin Shanley, to Nuala Cunningham and Gerry Gregg’s landmark documentary series on the Magdalene Laundries, Ireland’s Dirty Laundry.

"Our documentary lineup is also full of one-off gems: from the charm of Alex Fegan’s The Irish Wedding to Ken Wardrop’s Cocooned, which charts the experiences of Ireland’s over-70s as they navigate their way through the pandemic."

popular
Wagatha Christie: Rebekah Vardy storms out of court just 30 minutes into final day
Claire Byrne Live viewers in shock as woman shares family DNA secret
Only a matter of time before monkeypox spreads to Ireland, says expert
Everything we know so far about Kourtney and Travis's Italian wedding
Comfy and cute: 10 sandals to pack in your holiday suitcase this summer
Surprise! Ed Sheeran announces he and wife Cherry have welcomed baby #2
Helen McCrory's children give heartbreaking tributes at her memorial service
You may also like
2 days ago
Lenny Abrahamson predicts another Liveline sex scene debate over Conversations with Friends
3 days ago
A Derry Girls star made an appearance in Conversations with Friends last night
6 days ago
Conversations With Friends tackles sexuality the way Normal People tackled sex
1 month ago
RTÉ's Eileen Whelan on "stressful" IVF journey
1 month ago
Claire Byrne back in the shed as she tests positive for Covid-19 again
1 month ago
Viewers in shock after 'psychopath test' on Tommy Tiernan show
Next Page