Electric Picnic release statement after reports 2021 festival will go ahead

Will music festivals be able to come back this year?

Since Covid restrictions came into place last year there have been no live concerts or music festivals in Ireland, and I think it's safe to safe we've all been missing them pretty badly.

Starting off this year with yet another lockdown hasn't filled many of us with hope but an Irish Times article was recently published which stated that organisers were pretty certain that the festival would go ahead later this year.

Since the articles circulation, the organisers of Electric Picnic have since released a statement. 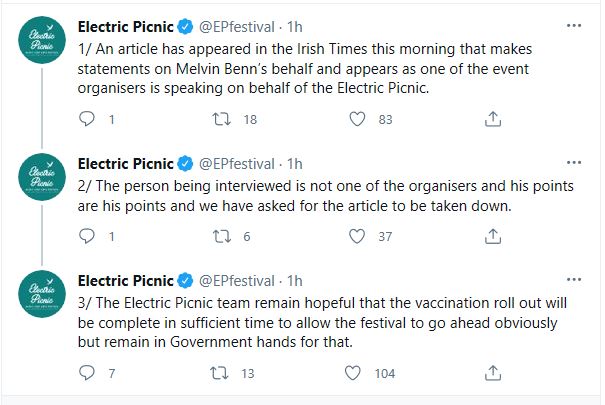 The organisers of the popular music festival that usually runs every September said that they had not been interviewed and that the are unsure who gave the information stated in the article;

"An article has appeared in the Irish Times this morning that makes statements on Melvin Benn’s behalf and appears as one of the event organisers is speaking on behalf of the Electric Picnic.

The person being interviewed is not one of the organisers and his points are his points and we have asked for the article to be taken down.

The Electric Picnic team remain hopeful that the vaccination roll out will be complete in sufficient time to allow the festival to go ahead obviously but remain in Government hands for that." 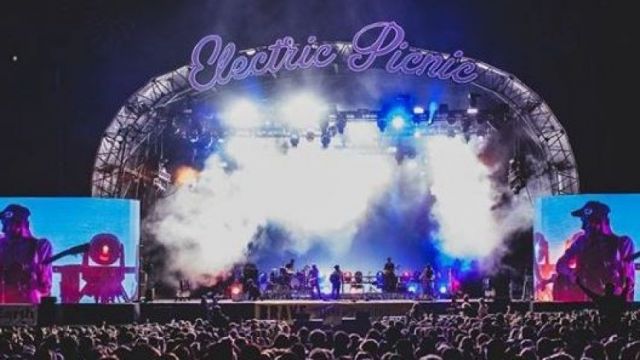 Within the article were quotes suggesting to people that they should prepare for the music festival to be back this September;

"Given the conditions we are looking at in terms of vaccines, you would not be fully insane to say that it should go ahead.

The only thing that will stop it going ahead as far as I can is what could be perceived as an overtly cautious approach by the Government."