They said that the decision has been made "following the most up to date public health advice".

It's not looking good for Electric Picnic as it will not be going ahead later this year, with Laois County Council refusing to grant a licence.

Laois County Council said in a statement to Laois Today on Wednesday that the decision has been made "following the most up to date public health advice".

END_OF_DOCUMENT_TOKEN_TO_BE_REPLACED

“Laois County Council has today made the decision to refuse a licence to hold the 2021 Electric Picnic event at Stradbally, Co Laois," they said.

“The decision has been made following the most up to date public health advice made available to the Council from the HSE.

“Furthermore, it is noted that under current government measures for the management of Covid-19, events of this nature are restricted to an attendance of 500 people only.”

The festival had been scheduled to take place in late September but it now looks like it won't be able to go ahead after months of speculation on whether it would be permitted to run as usual this year.

It comes as on Tuesday MCD Productions called for Electric Picnic to be allowed to go ahead exclusively for vaccinated people. 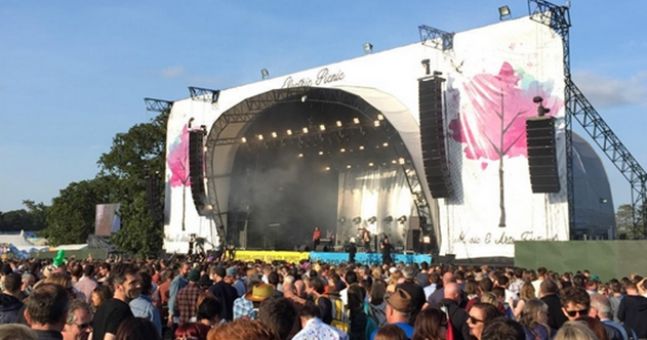 END_OF_DOCUMENT_TOKEN_TO_BE_REPLACED

The Irish promotion company shared twelve reasons why they believe the festival should be permitted as the live music sector in Ireland has now been closed for over 500 days.

Last week the festival organisers, MCD and Festival Republic, wrote to the Taoiseach and other members of Government to propose the list of advanced safety measures which would allow the event to take place.

END_OF_DOCUMENT_TOKEN_TO_BE_REPLACED

This news comes as Managing Director of Festival Republic, which runs the Electric Picnic festival, Melvin Benn, said on Monday that the festival in Stradbally in Laois will be going ahead this year.

Speaking on RTÉ's News at One, Benn said he is "100% fully expecting the Electric Picnic to be going ahead on the basis (that) 100% nobody has told me I won't be able to".

popular
Bride asks for divorce day after wedding following groom's disrespectful cake stunt
Gwen Stefani reportedly pregnant with baby number four
Natalie Imbruglia's Torn is actually a cover and the original just isn't the same
Why Are Men so Obsessed With Boobs? The Answer is Pretty Surprising...
These are the most popular names for babies born in February
Here's why Nicola Peltz-Beckham's family are suing her wedding planners
The Greatest Showman is becoming a Broadway musical and we need a second
You may also like
1 week ago
Justin Bieber has sold his entire back catalogue for a massive lump sum
3 weeks ago
Shakira absolutely torches Gerard Pique in lyrics of new song
1 month ago
The 1975's Matty Healy criticised for bizarre 'age check' before kissing fan
2 months ago
Olly Murs "upset" by backlash to new song
2 months ago
Olly Murs slammed over 'misogynistic' lyrics in 'shocking' new single
2 months ago
Cher confirms she's in a relationship with 36-year-old music producer
Next Page