The Harry Potter actor and women's rights activist penned the letter to Savita due to her death in 2012 as a result of a septic miscarriage in University Hospital Galway.

The 31-year-old had requested her pregnancy be terminated but was told that an abortion could not be carried about because Ireland is a "Catholic country."

Savita's story became a big part of the campaign to repeal the eighth amendment in the following years. Her image is synonymous with the thousands of other women in Ireland directly harmed by the law. 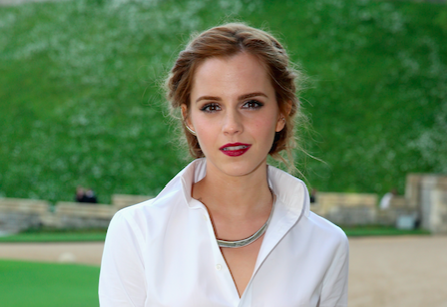 Watson's open letter appears in the fashion magazine this month alongside Meryl Streep's letter to female journalists, urging them to be vigilant in a "fake news" era.

She used her letter to praise journalist Daphne Caruana Galizia, who was killed in a car bomb late last year while investigating corruption in Malta.

"We need to protect, defend and thank the current crop of journalists around the world, because they, their scruples and their principles are the frontline defence of free and informed people.

“They must vouch for their stories," she continued, "put their names on them, and as a result they attract the cowardly, the bullies, the brotherhood of bots and their easily aroused armies of haters.”

popular
Daisy Coleman from Netflix's Audrie & Daisy has died, aged 23
I'm A Celebrity, Get Me Out Of Here moves to ruined castle in UK this year
Rupert Young, twin brother of Will Young, passes away, aged 41
WATCH: Paul Mescal stars in new Rolling Stones' music video 'Scarlet'
WATCH: Sneak peak of Paul Mescal in latest Rolling Stones' music video
Perrie Edwards explains what 'Shout Out to My Ex' is really about
Staycation: TripAdvisor reveals the top 10 hotels in Ireland for 2020
You may also like
3 months ago
From Hermione Granger to Meg March: As Emma Watson turns 30 we look back on her most memorable quotes
9 months ago
Emma Watson says it took a 'long time' but she's happy to be single
11 months ago
Tom Felton and Emma Watson and are on holiday together and the nostalgia, it's real
2 years ago
Tom Felton posted a Harry Potter reunion snap and it's making us emotional
2 years ago
Emma Watson on THAT error on her Time's Up tattoo she debuted during Oscars
2 years ago
Emma Watson debuts Time's Up tattoo at the Oscars ... and it's missing one big thing
Next Page