Don't put the suncream away just yet.

Ireland is heading for one final week of heat and while we may not believe it from the rain and floods we've been experiencing this week, trust us, it's on the way.

Met Eireann has issued an update to say that high pressure building up towards the end of the month is likely to give us one last blast of heat.

END_OF_DOCUMENT_TOKEN_TO_BE_REPLACED

While it could change, as of now the forecast is predicting highs of 25C for next weekend, with temperatures starting in the low 20s.

Met Eireann said: "The signal for Week 2 (Friday, August 26 to Thursday, September 1) is that high pressure will return over Ireland. This week will be more settled with drier than normal conditions in all areas. Temperatures are signalled to rise slightly, to become a degree above average across the island." 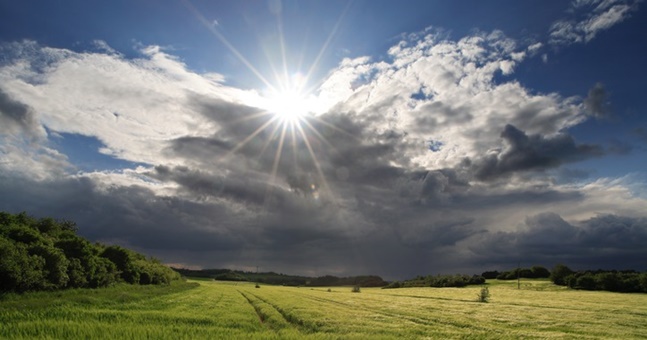 While we have something to look forward to, this weekend is looking like the complete opposite as it will remain wet and rainy.

END_OF_DOCUMENT_TOKEN_TO_BE_REPLACED

This weekend is set to see highs of 21C and 22C, it'll be best to stay inside as the rain doesn't look like it's easing up.

Friday is set to see scattered showers mainly in the north and west of the county, with heavy rainfall at times while Saturday is expected to see more showers throughout the day.

Sunday will see "outbreaks of rain and drizzle will gradually extend across much of the country through the day, with some heavy falls possible."

While Monday will see more isolated showers as sunnier spells develop and get up set up for a weekend of sun from the 26th.

popular
Baby dies next to mother who drank 'two or three' bottles of wine then fell asleep
Woman dies four days after proposal after using wrong spoon to stir tea
"I feel like I lost myself": Nathalie Lennon on her mental health struggles and her latest project with Pieta
S Club 7's Hannah Spearritt and children left homeless after being forced from home before Christmas
Naked Attraction host left speechless after seeing contestant with 'world's biggest penis'
Anne Hathaway shares disappointing news about The Princess Diaries 3
Irish pizzeria given perfect score by top food reviewer
You may also like
2 months ago
Here are the odds that it will actually snow on Christmas day
2 months ago
It doesn't look like we'll be getting a white Christmas this year
2 months ago
Yet more weather warnings unleashed as things turn very grim indeed
2 months ago
Flooding is expected as heavy rain hits Ireland
2 months ago
Status Yellow warning issued with heavy rain and wind on the way
2 months ago
Yellow weather warning to hit entire country from Wednesday
Next Page