Final season of Peaky Blinders will be dedicated to Helen McCrory

Peaky Blinders star Cillian Murphy has said that the upcoming series of the crime show will be dedicated to Helen McCrory.

McCrory, who played Poly in the award-winning series, passed away earlier this year. She had been sick with cancer. 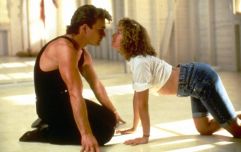 END_OF_DOCUMENT_TOKEN_TO_BE_REPLACED

Her husband, Damian Lewis, announced her death in a statement on social media.

He wrote: "The beautiful and mighty woman that is Helen McCrory has died peacefully as home, surrounded by a wave of love from friends and family.

"She died as she lived. Fearlessly. God we love her and know how lucky we are to have had her in our lives. She blazed so brightly. Go now, Little One, into the air, and thank you."

Since her passing, the cast of Peaky Blinders have shared a number of touching tributes to Helen. Most recently, Irish actor Cillian Murphy spoke highly of her in an interview, and said that the upcoming season would be dedicated to her memory.

END_OF_DOCUMENT_TOKEN_TO_BE_REPLACED

"I'm deeply saddened and still trying to get over it. It's hard to think of the series without her. She was so much a part of that." 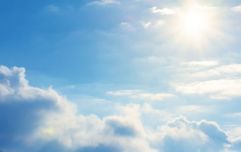 END_OF_DOCUMENT_TOKEN_TO_BE_REPLACED

He added that the Poly/Tommy storylines were always his favourite.

The actor also told the Guardian that Helen was his "closest colleauge" on set. He added that he was "in awe of how she lived her life."

Filming of the final season of Peaky Blinders wrapped earlier this week.

Earlier this year, the show's creator Steven Knight hinted that the story may continue in the form of a film.

In an interview with Variety, Knight said: "We are in development. It's a fully formed idea and it has a beginning, middle and end."

He added that it would be a "fitting conclusion to the story so far."

popular
Vogue Williams slams man who refused to swap seats with her on plane
New Zealand family find two bodies in second hand suitcases
Joe Swash helps 95-year-old woman and carries her to hospital
Crown Paints advert receives 200 complaints over 'misogyny' and 'everyday sexism'
Are we getting a mini heatwave in September?
Adam Collard allegedly attacked on night out with Paige Thorne
Green Party representative calls for a temporary ban of stag and hen parties in Ireland
You may also like
2 months ago
Helen McCrory's children give heartbreaking tributes at her memorial service
4 months ago
Cillian Murphy says he moved back to Ireland after sons developed "posh English accents"
5 months ago
Peaky Blinders fans in tears as first episode of season 6 dedicated to Helen McCrory
5 months ago
Peaky Blinders creator explains how Helen McCrory influenced final season
6 months ago
Damian Lewis pays touching tribute to late wife Helen McCrory with Irish poem
7 months ago
WATCH: The trailer for the final season of Peaky Blinders is here
Next Page