The first Repeal exit poll has been released... and it looks like good news

The entire country went to the polling stations - to vote to either repeal or retain the 8th Amendment.

And with record-breaking turnout reported in many constituencies, the first exit poll has now been released.

Compiled by the Irish Times, it says that Ireland is en route to Repeal... with a landslide victory being reported.

In short - it looks like Ireland will shortly be making abortion freely available to women.

"Ireland has voted by a landslide margin to change the constitution so that abortion can be legalised, according to an exit poll conducted for The Irish Times by Ipsos/MRBI," the newspaper reported. 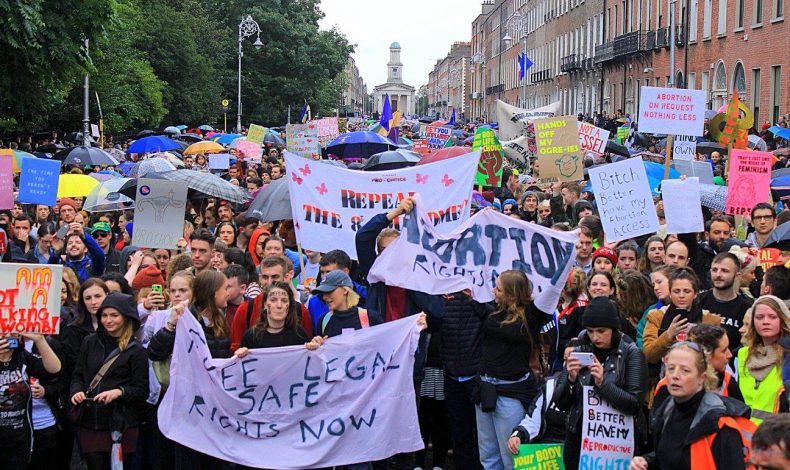 The exit poll result stands as such:

EXIT POLL for @IrishTimes projects 68% of voters have voted to repeal the Eighth Amendment pic.twitter.com/cdkKW0oLhF

A total of 4,000 voters were interviewed as they left polling stations on Friday.

In response, the Social Democrats said it was "encouraged" by the poll. Commenting, the party’s co-leader Catherine Murphy TD said:

"The exit poll results are strongly indicating that voters have taken on board the clear message that the 8th Amendment harms women and must be removed from our Constitution.

"While we await the counting of votes tomorrow, we are very encouraged by these early signals showing that Irish people have understood the need to vote Yes so that we can provide women with the healthcare they need in a compassionate, caring and medically safe system."

EXIT POLL: Majority vote in favour of repeal in all regions. pic.twitter.com/MVi3l9fmI0

Ms Murphy added: "Social Democrats volunteers and activists who will be present in count centres around the country today are hopeful that these results signal that significant and positive change is within our grasp."

Girls With Goals || Her · Ep.161: Feeling Peachy - Sharon Keegan of Peachylean on being an absolute BOSS!
popular
Big Brother star left temporarily blinded and scarred after TikTok DIY beauty 'hack'
Someone has ranked the penis size of men from all over the world
More footage of Tristan Thompson cheating on Khloe has emerged
Is that Seth Rogen without a beard?
How to INSTANTLY unblock your stuffy nose (we swear this works)
Fantastic Beasts star Kevin Guthrie jailed for three years following sexual assault
Khloe Kardashian has JUST confirmed she is pregnant
You may also like
1 month ago
A new drama about abortion in Northern Ireland is coming to BBC soon
1 year ago
The HSE's My Options service is available now
1 year ago
Abortion access in America is under threat - and it affects all women
1 year ago
The North is Now: the reaction to abortion and same-sex marriage legalisation was something special
1 year ago
Same-sex marriage and abortion set to become legal in Northern Ireland at midnight
1 year ago
Northern Ireland assembly to meet next Monday in bid to block new abortion law
Next Page