First successful prosecution under the Animal Health and Welfare Act as Donegal woman pleads guilty to abandoning dog with no food or water.

ISPCA Inspector Kevin McGinley responded to a call on the 12th March 2014 following reports that a dog had been abandoned in a rented property at Leitir Ard, Letterkenny, Co. Donegal.

ISPCA Inspector Kevin McGinley visited the property and although he could hear a dog inside the house could not see one. He left a note asking the occupant to contact him. Inspector McGinley became increasingly concerned when there was no response to the note and returned to the property on the 14th March and contacted the Gardaí and Local Authority for assistance. 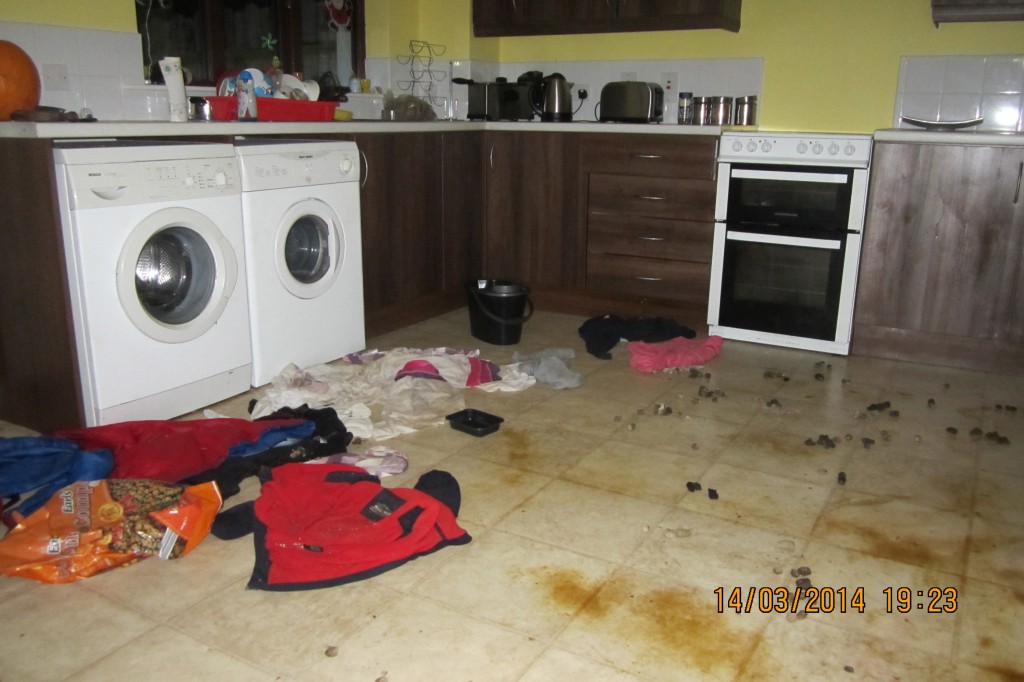 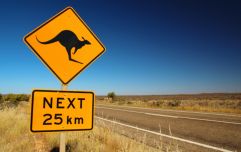 END_OF_DOCUMENT_TOKEN_TO_BE_REPLACED

A small female terrier dog was discovered living in the kitchen area, which was heavily contaminated with dog faeces and urine. The dog’s owner, Natalie McGranaghan was traced to her mother’s home and she claimed initially that the dog called Megan had been sold.  She later admitted she hadn’t, but claimed she had fed the dog two days earlier.  A bucket filled with water had been left beside the dog, however she was unable to drink from it as it was too tall for her to reach.

The accused did not appear in court but pled guilty through her solicitor Ciaran O’Gorman.

Sentencing was adjourned until 16th July 2015 and costs of €405 have been awarded. Judge Paul Kelly said:  “looking at these pictures, this was an appalling thing to do to an unfortunate defenceless animal.”

Inspector Kevin McGinley said, “The dog was clearly in a poor state before being seized and we are pleased to be able to help before her health deteriorated further. Megan made a full recovery and has since been rehomed. This case clearly demonstrates how the new Animal Health and Welfare Act can work in practice to help a defenceless dog like Megan. We are satisfied with the conviction in this case of neglect, and would like to thank all involved for their efforts.”

Dr Andrew Kelly, CEO said: “This is the first conviction under the Animal Health and Welfare Act which came into force in March 2014. All animal owners have a responsibility to provide for their animals’ needs. The ISPCA hopes that this case will send out a message that animal neglect is not acceptable and we will do all we can to end animal abuse in Ireland”.

Minister of Agriculture, Simon Coveney said:  ”I welcome the diligent work of the ISPCA Inspector in bringing this case forward for prosecution under the Animal Health and Welfare Act”.

If you suspect an animal is being cruelly treated, neglected or abused, please contact the ISPCA National Animal Cruelty Helpline in confidence on 1890 515 515 or report online on www.ispca.ie.

popular
Late Late Show viewers are not happy with Ryan's questions for Billy Connolly
10 items from Zara for the perfect autumn capsule wardrobe
Former detective chief says Brian Laundrie discovery is "strange"
WATCH: Parents see person walk past daughter's crib in creepy baby monitor footage
8 things we learned about Adele from her 73 questions with Vogue
Apparantly, there is one colour you should never wear at a job interview
Paris Hilton says she was "slapped" and "strangled" as a teen in youth care
You may also like
2 weeks ago
You can now get matching Halloween costumes for you and your dog
3 weeks ago
National Poisons Information Centre issue warning over false widow spiders
3 weeks ago
Dublin woman's beloved dog "tortured and thrown into canal"
1 month ago
ISPCA issue urgent appeal for over 100 cats and kittens
1 month ago
Dogs Trust encourages Irish workplaces to allow dogs in offices
4 months ago
Viral TikTok shows the moment teen rescues dog from bear
Next Page