A bone was also found two weeks ago.

The body of a hiker who went missing in November of last year has just been discovered by her boyfriend.

After going missing in the Pyrenees mountains, Ester Dingley was last seen on November 22nd walking alone close to the French-Spanish border in the mountains. 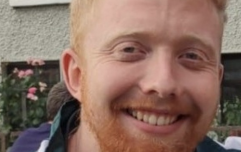 END_OF_DOCUMENT_TOKEN_TO_BE_REPLACED

Her body was discovered on Monday, two weeks after a bone was found, along with the equipment she had left with.

Found by her boyfriend Daniel Colegate, he had been searching for her since she disappeared, according to crisis support charity LBT Global.

Forensic specialists and mountain rescue personnel have been sent to the site to recover the body.

An LBT Global statement said: "At this stage an accident is the most likely hypothesis, given the location and other early indications. A full investigation is under way to confirm the details surrounding this tragedy.

"The family remain incredibly grateful for the efforts of the police units involved and their commitment to understanding the exact circumstances of Esther's death. 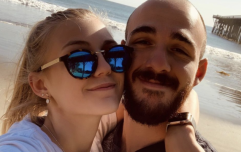 END_OF_DOCUMENT_TOKEN_TO_BE_REPLACED

"LBT Global are supporting Daniel and Esther's mother, Ria, as they come to terms with this news."

A single bone was found two weeks ago and was tested through DNA and confirmed to be Esther's.

The 37 year old went missing after she headed off on a three day solo trek, but had been travelling in campervan with her partner around Europe since 2014.

popular
Late Late Show viewers are not happy with Ryan's questions for Billy Connolly
10 items from Zara for the perfect autumn capsule wardrobe
Former detective chief says Brian Laundrie discovery is "strange"
Paris Hilton says she was "slapped" and "strangled" as a teen in youth care
This hot water bottle pouch is perfect for menstrual cramps
Strictly microphones pick up gas audio from the contestants
Festive feels: Dominos has launched their first-ever Christmas-themed pizza
You may also like
1 month ago
Woman claims to have picked up Gabby Petito's fiancé hitchhiking
1 month ago
Police release bodycam footage of missing YouTuber Gabby Petito
1 month ago
Missing YouTuber Gabby Petito's fiancé is now a person of interest, say police
4 months ago
"Whereabouts unknown" of woman who gave birth to 10 babies
4 months ago
Search continues for missing Dublin man in Wyoming mountains
6 months ago
Mum of missing teenager told "we can’t find your son if you can’t" by UK police
Next Page