"Obviously youngsters have no place to go - so they're literally just booking the houses to do their socialising."

A Galway woman has said that she is in a "living nightmare" as "20%" of her street has been turned into Airbnb "party houses".

The Galway City resident said that the short-term lets in her area have been rented out by young people for parties over recent months, with properties meant to host six or eight people having up to 50 inside of them for illegal gatherings. 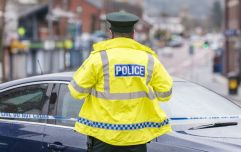 Man hospitalised after being shot in both legs in Co. Down

END_OF_DOCUMENT_TOKEN_TO_BE_REPLACED

She told Newstalk that there is no one taking responsibility, adding that "this is seven nights of the week, this isn't just confined to weekends".

"It's actually turning into a living nightmare - on my street alone, six houses are Airbnbs - that's 20% of my street is Airbnbs," she said.

"And what you have is youngsters booking the houses - and maybe the house might hold six, eight people, but you will have 50 inside in it."

The resident said that she believes the lifting of the inter-county travel ban, as well as young people having "no place to go" to socialise, are the largest contributing factors.

"There was a little bit of it going on when you were confined to your own county, you had youngsters within the county booking them as party houses," she continued.

"But since the freedom of movement, and obviously youngsters have no place to go. There's no nightclubs open for them, pubs are outdoor at the minute, there's very limited space for pubs to seat everybody. So they're literally just booking the houses to do their socialising."

She added that many of the houses didn't apply to be short-term lets and rather are "doing it under Airbnb" for up to "€1,700 a night". 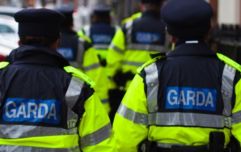 END_OF_DOCUMENT_TOKEN_TO_BE_REPLACED

"The rest are just doing it under Airbnb, though they haven't actually applied to be an Airbnb.

"You get 50 youngsters splitting the cost of that between them, it's not an awful lot.

"This is happening in housing estates, it's not just the city. You go out a bit and there's houses everywhere that are Airbnb. And you've got people with small kids, you've got elderly people."

The woman, named Caroline, added that unlike hotels or B&Bs, there is often "nobody to monitor these people".

"There's nobody to monitor these people because the owner isn't living there, there's no owners in these houses," she said.

popular
Fashion detox: All you need for the perfect wardrobe is 37 items of clothing
Gwen Stefani reportedly pregnant with baby number four
Woman returns to Zara in a jumpsuit after getting stuck trying it on
Why Are Men so Obsessed With Boobs? The Answer is Pretty Surprising...
The First Quadrillionaire? Paypal Accidentally Gives Man $92 Quadrillion
Cristiano Ronaldo has been called 'racist' for his latest Instagram post
Nespresso just launched the most perfect autumn flavoured coffee capsules
You may also like
5 days ago
Nearly 100 domestic abuse incidents reported to Gardaí every day this year
5 days ago
Wally the Walrus "well on his way home" after being spotted in Iceland
6 days ago
Mary Lou McDonald condemns "homophobic" protest outside Leo Varadkar's home
6 days ago
These are the restrictions being lifted today
1 week ago
Irish mams are falling for the "nosey challenge" on TikTok and it's gas
1 week ago
Waterford man jailed for six months for sexual abuse of niece
Next Page