The woman, who was believed to be in her 30s, was found dead at an apartment in the Waterside Drive area of Malahide.

Gardai have said they're investigating "all circumstances" surrounding the death of a young woman in Malahide, North County Dublin.

Gardai and emergency services were called to the scene at the Waterside apartment complex shortly before 6am this morning.

The woman, who was in her 30s, was pronounced dead at the scene. 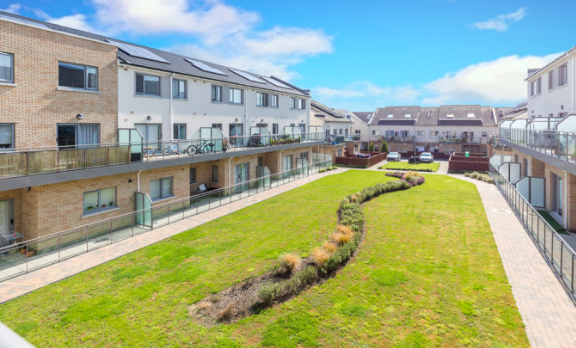 A Garda spokesperson told Dublin live that the results of the post mortem will determine the course of the investigation saying "Gardai are investigating all the circumstances surrounding the death of a woman, aged in her 30s, at an apartment in the Waterside Drive area of Malahide that occurred on 22/09/2020".

Girls With Goals || Her · Ep.160: The Beauty Of Coaching - Hayley Harrison joins us from Sport Ireland
popular
Rihanna has become her own neighbour and we're pretty jealous
Rachel Allen's son is charged with cocaine possession
Regé-Jean Page arrives in Ireland to shoot new movie
The Queen has banned Meghan Markle from wearing any of Princess Diana's jewellery
Lizzo's nude - and unedited - selfie is so important
Most Irish teabags contain plastic and aren't biodegradable, says research
Gender reveal party explosion triggers earthquake reports from neighbours
You may also like
3 days ago
We're told to stay inside to stay safe, but Jennifer Poole was killed in her own home
3 days ago
Mother of murdered Cork three-year-old appeals to bring daughter home
4 days ago
Man charged with murder of 24-year-old mother Jennifer Poole
1 week ago
Ashley Cain hopeful blood transfusion will give daughter more time
2 weeks ago
Ashley Cain says baby daughter has "days to live" in heartbreaking update
2 weeks ago
Two people have died following road crash in Co Louth
Next Page