Gardaí launch investigation after body found on a Carlow street

The incident occurred over the weekend.

Gardaí are launching an investigation after a body of a young man was found over the weekend in Carlow.

The body of a 25 year old man was discovered on Penny Lane, Tullow Street in Carlow on Saturday night at around 10.30 pm.

The body was taken to Waterford Regional Hospital and a post-mortem examination is set to take place.

A file is also being prepared for the Coroners Court. 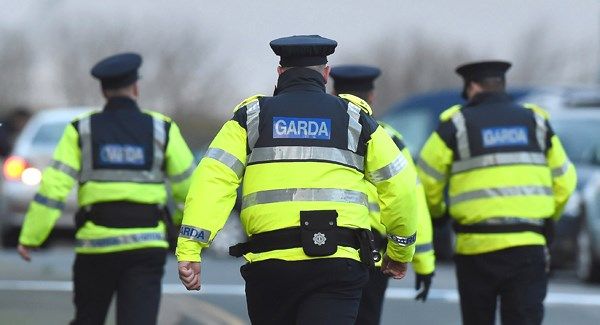 The death of the young man is being treated by Gardaí as a tragedy.

END_OF_DOCUMENT_TOKEN_TO_BE_REPLACED

A garda spokesperson told the Irish Mirror: "Gardaí in Tullow, Co. Carlow are investigating the tragic death of an 25 year old man who was found deceased in Penny Lane, Tullow Street, Carlow on Saturday night 30th October, 2021 at approximately 10.30p.m.

"The body was removed to Waterford Regional Hospital where a post mortem will take place. A file will be prepared for the Coroners Court."

popular
Vogue Williams slams man who refused to swap seats with her on plane
Christine Quinn won't be returning to Selling Sunset
This is why the world is obsessing over Adidas Gazelles
Are we getting a mini heatwave in September?
Phoebe Bridgers and Paul Mescal go sale agreed on West Cork home
Adam Collard allegedly attacked on night out with Paige Thorne
Ryanair, easyJet and BA issue warning to anyone boarding with smart bag
You may also like
2 months ago
Road users urged to "take care" after seven deaths this weekend
2 months ago
Gardaí launch investigation into Kildare car being hijacked with woman inside
3 months ago
Gardaí investigating after woman assaulted in wooded area on St Patrick's weekend
3 months ago
Man in his 20s in critical condition after "one punch" assault on Easter day
4 months ago
Woman in her 40s charged after elderly woman found dead in Dublin
4 months ago
Woman and two children targeted by group of men in daylight as Gardai appeal issued
Next Page