We stand with them.

Today marks the third day of strike action for Irish nurses and midwives across the country.

Over 37,000 nurses have resumed their strike action this morning, in a dispute over pay and staff shortages. 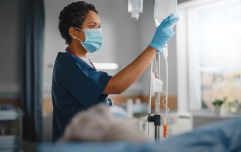 END_OF_DOCUMENT_TOKEN_TO_BE_REPLACED

All outpatient, inpatient and day surgery appointments have been cancelled as a result of the action.

However, hospitals around Ireland have a skeleton staff, for emergencies.

As for government involvement, the Minister for Communications Richard Bruton has said that nurses pay will only be discussed in the context of an agreement that is collectively negotiated.

Nurse on radio "We're not looking for anything unreasonable, we just want safe staffing levels".So basic. If I was a newly qualified nurse there's no way I'd stick around for that crap. They deserve what they're asking for and so much more for the work that they do #nursesstrike 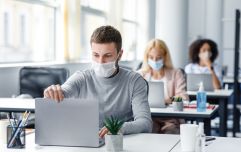 END_OF_DOCUMENT_TOKEN_TO_BE_REPLACED

"I think we are prepared to talk about pay in the context of an agreement that is collectively negotiated and those agreements bind everyone."

He added: "I’m not going to start negotiating on the airways, what we need to do is get into a room and discuss concerns."

"We’re trying to repair the damage in a balanced way." 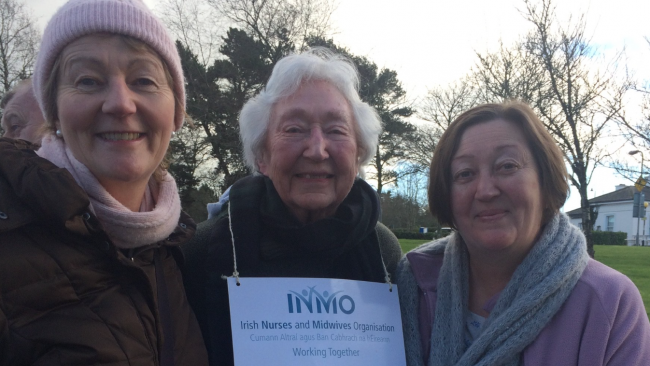 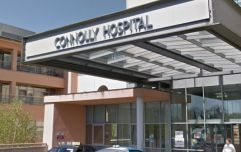 END_OF_DOCUMENT_TOKEN_TO_BE_REPLACED

"Yes there are elements of restoring pay and seeing improvements but we also have to be able to invest and we have to able all the other services that are clamouring for investment," he added.

We really hope this gets resolved sooner rather than later.

Three more days of strike action are scheduled for next week.

popular
Bride asks for divorce day after wedding following groom's disrespectful cake stunt
Head of dive squad searching for Nicola Bulley thinks 'something's not right'
Love Island fans are calling for Ron to be dumped after accusing him of "gaslighting" Lana
Teenager killed in shark attack after swimming with dolphins in Australia
Police believe they know what happened to missing dog walker Nicola Bulley
Here's why Nicola Peltz-Beckham's family are suing her wedding planners
Sam Smith reveals they were spat at in the street after changing their pronouns
You may also like
1 year ago
Irish nurses subjected to over 7,500 assaults since the beginning of the pandemic
1 year ago
New survey reveals 90% of nurses and midwives are facing mental exhaustion
1 year ago
International Nurses Day 2021: This year's theme, history, and how you can show support
3 years ago
2019 is "worst-ever" year for patients without beds in Irish health service - INMO
3 years ago
Talks between nurses and the HSE end without agreement last night
3 years ago
Breaking: INMO confirms the nurses dispute has been suspended
Next Page